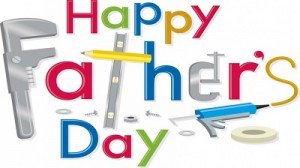 Here at HowToLearn.com, we know that the first teachers, lifetime teachers, are parents.  On Father’s Day, we thought we would share some notable quotes with you to help you honor and celebrate Dad. Fathers are very special people!

A man knows when he is growing old because he begins to look like his father.
— Gabriel Garcia Marquez

A man never stands as tall as when he kneels to help a child.
— Knights of Pythagoras

A father carries pictures where his money used to be.
— Author Unknown

His heritage to his children wasn’t words or possessions, but an unspoken treasure, the treasure of his example as a man and a father.
— Will Rogers Jr.

It is admirable for a man to take his son fishing, but there is a special place in heaven for the father who takes his daughter shopping.
— John Sinor

Children have never been very good at listening to their elders, but they have never failed to imitate them.
— James Baldwin

It is easier for a father to have children than for children to have a real father.
— Pope John XXIII

My father used to play with my brother and me in the yard. Mother would come out and say, “You’re tearing up the grass.” “We’re not raising grass,” Dad would reply. “We’re raising boys.”
— Harmon Killebrew

When I was a boy of fourteen, my father was so ignorant I could hardly stand to have the old man around. But when I got to be twenty-one, I was astonished at how much he had learned in seven years.
— Mark Twain

Fatherhood is pretending the present you love most is “soap-on-a-rope.”
— Bill Cosby