Being in the Classroom with Kids with ADD/ADHD

Being in the Classroom with Kids with ADD/ADHD

My first job out of graduate school, as a child and family therapist, was in a residential treatment center for kids, all of whom were labeled with psychiatric disorders. In addition to the residential units, there was a school for both residential and day treatment kids, which was staffed exclusively with special ed. teachers. 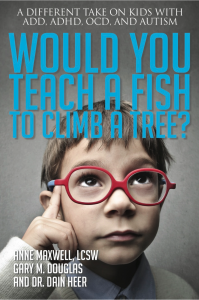 One of my favorites was a woman named Naomi. I felt a special kinship with kids who had difficulty focusing and concentrating. They were Naomi’s specialty and I asked her questions about them. She said: “It’s like they have hundreds of television screens in their heads and each screen is tuned in to a different channel. The volume is turned up and they don’t have a remote to turn it down or switch all the screens to the same channel. They can’t help it!”

That made sense to me. At times, it seemed that even though they tried so hard to focus and concentrate, they seemed utterly incapable of doing so. I felt a connection to them because I too have always had several things going on in my head at the same time. As a child, I was always being told to pay attention, and often wondered what as wrong with me that I couldn’t do that. In the treatment center, there was an emphasis on medications, and great value was placed on being able to sit still and listen. With heavy doses of medications, it seemed as if the kids became flat. Their sparkle was gone.

Fast forward to twenty years later, when I met my two co-authors of Would You Teach a Fish to Climb a Tree? A Different Take on Kids with ADD, ADHD, OCD and Autism, Gary Douglas and Dr. Dain Heer. When they asked the questions: “What if there’s nothing wrong with these kids? What if they are just different? And, what if we could teach them the way they learn, not the way we think they should?” I breathed a sigh of relief!

Given the “hundreds of TV screens in their heads, each turned to a different channel,” even though they may try to put their attention to one thing, their attention shifts pretty quickly to another thing, then another, then another. We have found that they do better with more sensory input than the average child. So for example, allowing them to do homework with the TV and radio on can help.

What if ADD and ADHD are not disabilities? What if they are actually gifts? People with ADD and ADHD are among the great multi-taskers of the world, and, limiting them to doing just one thing can be pure torture!

One of my favorite stories in the book illustrates our point of view that treating these kids as if they are simply different, not disabled or wrong, just different, can create so much ease in their lives as well as ours.

A friend of mine who is a consultant to an elementary school told me about an experience she had with a boy who had ADHD.

She was sent out to a school to work with some students. The first person they wanted her to work with was a boy named Jake. They said, “He is so ADHD! Wait until you see him. He’s hyper-hyper-hyper.” My friend said, “It was as if every time they said, ‘Jake,’ they were nominating him as the poster boy for ADHD.”

Every time he would say her name, Miss Smith would say, “In a minute, Jake; in a minute, Jake.” My friend watched Miss Smith’s frustration increasing as the two of them tried to continue their conversation. She could see that Miss Smith was about to hit her limit and Jake was going to get blasted, so she turned from Miss Smith and said, “Hey Jake.”

Jake said, “Sure,” and he stopped.

My friend knew that in his universe, Jake was not interrupting them. He can do a million things at one time, and he didn’t have the awareness that other people might not have the ability to operate that way as well. In acknowledging Jake’s ability to hear many people at one time rather than reprimanding him for his inability to stand quietly and wait, my friend let Jake know what was needed in this circumstance without blasting him or making him different, disabled, or wrong. In fact, she let him know that he was a pretty cool kid—he just needed to wait until she and Miss Smith finished their conversation—because Miss Smith didn’t function the way he did. 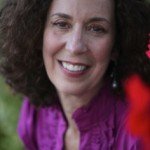 Anne Maxwell, LCSW, RPT-S, is a child and play and family therapist, and an Access Consciousness® facilitator with over 20 years of experience working with children of all ages and backgrounds, who have been given all kinds of diagnoses. Anne teaches children and parents to tap into and recognize their own abilities and knowing, and to acknowledge that different is simply different; not right, not wrong. As a result, healing and change are so much easier, more effective, more fun and faster. She has experience being in the classroom with kids with ADD/ADHD