Kids in the USA are Not Receiving Preventive Care

Millions of infants and children aren’t receiving recommended medical care aimed at detecting and preventing disease. Many American kids growing up now won’t have those memories,   according to a new report from the U.S. Centers for Disease Control and Prevention. 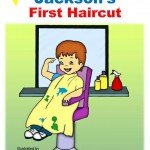 Preventive services that kids and teens are missing out on range from basic medical care to vaccinations and screenings that can have a lifelong impact on their health.

The appraisal, published in the Sept. 12 issue of CDC’s Morbidity and Mortality Weekly Report, also revealed large disparities between groups when it comes to receiving preventive services.

“We must protect the health of all children and ensure that they receive recommended screenings and services,” Dr. Stuart Shapira, associate director for science in CDC’s National Center on Birth Defects and Developmental Disabilities, said in a CDC news release. “Increased use of clinical preventive services could improve the health of infants, children and teens and promote healthy lifestyles that will enable them to achieve their full potential.”

Specifically, the CDC found that: