Attention Deficit Hyperactivity Disorder (ADHD) is greatly misunderstood and most people have a very poor impression of children diagnosed with the condition. Largely believed to be a behavioral disorder, this is mostly untrue.

Even the symptoms of hyperactivity, impulsivity, and inattention poorly describe what is happening. True, ADHD is a condition of variable attention, difficulty with tasks of executive function (i.e., time management, decision making, planning, working memory), and motivation.

Now, this doesn’t mean behavior problems won’t ever exist. After all, your son’s difficulty with focus and attention during a classroom lecture can lead to unwanted behaviors (hyperactivity). Your daughter’s excitement, during a class she actually enjoys, can lead to blurting out answers (impulsivity). Your son’s lack of interest or not feeling challenged enough by the material being taught can lead to daydreaming or doodling (inattention).

So what can you do? Ultimately, your child ends up getting judged based on the behavior others see, rather than what is really happening on the inside. As a parent, you spend a great deal of your time responding to calls from school, complaints from teachers, battling to get homework done, and to get your child to listen to you sometime within the first 20 times you ask them to do something. Let’s face it, your job as Mom or Dad feels incredibly difficult and stressful.

Here are five behavior strategies that will make a huge difference in the long run.

1. Work With Your Child’s ADHD And Not Against It! The biggest mistake I see people make is thinking that this child is broken and needs to be

fixed. In other words, most people will want to try and make your child less “ADHD.” This will backfire and make life even more miserable. The key to success is to work with your child’s ADHD rather than against it. It’s like swimming with the current, instead of against it. You’ll never cure your child’s ADHD difficulties, but in working with them, your son or daughter will develop specific strategies to overcome any challenge.
2. Set Clear, Measurable Goals! As a parent, it’s very easy to tell our children what we don’t want them to do. But how often do we tell them, specifically, what we do want? The more clearly you can define what acceptable behavior is, the more likely you will see success in changing your child’s behavior. Take reward charts for instance, instead of listing what you don’t want to see, focus on what you would like to see. To go one step further, set goals and expectations that are easily measurable. Too often we make general statements that are all but impossible to measure whether or not any change has occurred. Be specific. Be clear. Set one large goal, and break it down to several short term goals that you can track.
3. Limit Multiple-Step Commands. When was the last time you gave your son or daughter a list of chores or activities to do “right now,” and they actually all got finished? In most cases, we parents think our child is being defiant. However, this usually isn’t the case. A child with ADHD has a difficult time with working memory. That means when you ask them (tell them) to go upstairs, pick up their clothes, put their homework in the folder and into the backpack, get their pajamas, and brush their teeth, there’s a good chance they have forgotten most of those steps. I swear, it’s NOT them being defiant. On the contrary, it’s a difficulty with remembering all those different tasks. So rather than come to you and ask you to repeat them (and get yelled at), your son or daughter will just do what he or she remembers.
4. Offer Rewards, Not Punishment. There are different theories on behavior modification in terms of what works and what doesn’t. Rather than get caught up in theory, let’s focus on basic psychology for a moment. Reward good behavior by offering a treat, and offer no reward for bad behavior.
I hear from a lot of parents today that their children feel entitled to playing video games whenever they want (all day) or that it’s okay to take the car to the mall, even after missing school that day. I don’t buy that! For me, playing games, taking the car, and having fun is a privilege. It has to be earned. If you’ve been doing the latter, it will take time to work up towards the former approach. But rest assured, it will work wonders.
5. Prepare Your Child For New Situations. It’s pretty well known that children with ADHD have a difficult time with transitions. Facing the unexpected can lead to anxiety and “acting out” behaviorally as a default way of getting attention, and feeling more connected. You can stop this. We know that children with ADHD benefit from structure. They benefit and thrive in situations that are familiar to them and that are predictable.

When it comes to a new situation, ease them into it as soon as you can. When setting up a job interview, take them to where they are going the night before. Give them a chance to familiarize themselves with their surroundings.

Truth be told, behavior problems are going to arise no matter what you do. The best strategy I can offer you, or anyone really, is that you need to be prepared with backup strategies when your primary strategy does (and will) fail. It’s that moment we need to prepare for. How you teach your child to handle the unexpected will typically reduce the anxiety and uncertainty that leads to
blurting out answers, tapping pencils and feet uncontrollably, and staring out the window.

Discovery consists of looking at the same thing as everyone else and thinking something different.
– Albert Szent-Gyorgyi 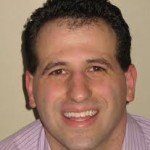 Rory Stern, Psy.D. is a “recovering therapist,” who after completing his doctorate in clinical psychology, walked away from the medical field.
After seeing how children with ADHD and their parents were treated, he vowed to not let another child be treated that way on his watch. As an advocate for children across the globe, Dr. Stern’s mission is to ensure that no child ends up being mislabeled, misdiagnosed, mistreated, or misunderstood. For more information visit his two websites: ADHD Family Online and Help Your ADHD Child

Online Course to Learn, Read and Remember Everything Faster! SAVE 82% for a Limited Time…