There is an important relation between the knowledge of parents and concussions in children as pertains to recovery.  Parents of young athletes may have misconceptions about concussions, but they know to seek treatment.  For all parents, safety on the field is one of their biggest concerns. 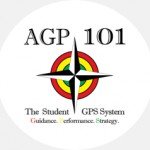 There have been two studies that recently examined what parents know about concussions, and how that impacts treatment and recovery.

Both studies found that parents have misconceptions about symptoms and treatment.  One study found that knowing that concussions require medical care was pretty much common among most parents.

Joseph Rempson, MD is the director of the Center for Concussion Care and Physical Rehabilitation at Overlook Medical Center in Summit, NJ.  He says “It is important to recognize symptoms of a concussion because if a person were to continue to play the injury could become much more severe and have a complicated recovery.” The most common type of traumatic brain injury is a concussion.  Dr Rempson continues “Physical activity as well as another impact can make the injured area of the brain larger and the risk for second impact syndrome is higher.”

If a patient rests after injury, most mild concussions will heal.  Symptoms of a concussion injury include headache, dizziness, disorientation and impaired vision.
The studies found that most parents believe that concussions can be accurately diagnosed with CAT scans and MRIs.  Both studies found that many parents co not know warning signs or symptoms of a concussion, but know that a concussion is a serious injury requiring immediate medical attention.
Continue reading
Read more about traumatic brain injury