How To Develop A Powerful Memory

Get ready to astound yourself as you learn how to develop a powerful memory.

How often has this happened to you?   You go to the store to purchase a gallon of juice, and when you get home you have everything in your bag except the juice.    Or here is another familiar memory nightmare.

Yes, memory is a very important skill, but it doesn’t always work the way you desire.     Fortunately, there are powerful memory strategies you can use to become a memory maven, and never experience these dreadful problems again.   Let’s get started.

Do you try to memorize things using rote memory?    Most people use the rote memory technique, and find themselves struggling to recall vital information.     There is a much more powerful system for remembering facts.   Believe it or not, this system is thousands of years old, and developed by the ancient Greeks and perfected by the Romans.    The reason they developed this strategy is an interesting story.

Much like today, the filibuster was a big problem in government.     Senators would take the floor and speak for hours to block important legislation.     Many of them used notes to carry them through all these hours of speaking.    A law was passed making it illegal to take notes into the Senate to help alleviate the problem.   A powerful memory skill was developed that overcame this restriction.    Let’s see how it works.

The Greeks and Romans realized rote memory was difficult.    Let’s do an experiment to prove this.    Try to memorize the following ten items in just a minute:   pole, shoes, tricycle, car, glove, gun, dice, skate, cat, and bowling pins.

If you are like most people you can remember a few items quickly, but the rest are a real challenge.

The solution used by the Greeks and Romans will empower you to learn this entire list in just a few minutes time and then recall it in any order effortlessly.  Yes, absolutely effortlessly.   Expect to be amazed.

The Greeks and Romans discovered it was easier to learn new items if you associated them with something you already know.   Think of hangers in a closet.    You hang clothing on hangers, and it is easy to find the clothing later.

The first item is a pole.   Doesn’t a tall pole look a lot like the number one?    Make a mental picture, and when you say the number one, associate it with your picture of a pole.   Ready.     One…

Now whenever you think of the number one, you will immediately recall a pole.    Try it again.

The next number is two, and the next object is shoes.   How many shoes do you wear on your feet?

What is one?   Pole.   What is two?   Shoes.   Excellent, you are getting a more powerful memory already.

Three is the next number.    How many wheels are on a tricycle?   Three.   So when I say three, you think about a tricycle with three wheels.   Ready.   Three.

Notice we went out of order.    You are not memorizing, you are associating your objects which doesn’t require you to recall the items in the same order.

Next we have the number five.    A glove has five fingers inside of it.    When I say five, you say glove.

Seven is the next number.   When rolling dice in a casino you want to get a seven on your first toss. When I say seven, you say dice.   Ready.   Seven.

Our next number is eight, and it rhythms with skate.   Rhythms are powerful memory tools.    When I say eight, you say skate.  Ready.   Eight.

Cat.    Just more item on your list to remember.

Ten is the final number, and there are ten bowling pins in a lane.    When I say ten, you say bowling pins.

You are now a memory genius.    By the way, you can share this strategy even with very young children.

I taught this to my grandkids when they were three, and they are now 14 and still can remember the entire list.

You know that having a powerful memory is an essential skill in a knowledge-driven economy.    What if you could try my entire memory program risk free for 30 days?   It is chock full of easy to learn skills like the one you just learned.    I even created a special cartoon to tell you more about it.    Just visit this link,  watch the cartoon, and take advantage of this very special opportunity only being offered to you from HowToLearn .   Expect to be amazed with your results. 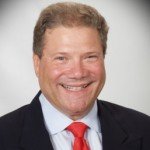 The information your success depends upon doubles every six months causing record drop outs in school, while overloading you at work.

Howard Berg and his super-fast learning strategies were tested in a double blind scientific study that proved an average person can double their learning rate with excellent comprehension in a few short hours.