Is College Right for Your Child?

Of course a college degree matters! But the real question should be, “Should everyone get a college degree?”  The obvious, and real world, answer to this question is “Of course not.” Far too many people hear the president say we need to have more college graduates and they nod their heads. No deep critical thinking occurs. College degrees for everyone, rah-rah. It has a nice ring to it. But there’s more to the story. And those commentators who say degrees don’t really matter are as bad as the college-for-everyone crowd. We need to come to our senses, look at what’s happening in the real world with real people and real jobs. Or lack of jobs. 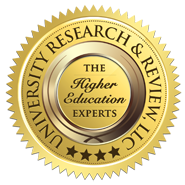 A successful high profile investor says drop out of college and I’ll spot you a hundred grand to start a business. Other dropout stories abound and we hear them repeatedly. Zuckerberg, Gates, Jobs, et al. Did they need a college degree? Obviously not. But there are a lot of people like that who have made millions starting a company. There are also a lot of people who have made millions playing lotto.

But a college degree certainly matters if you want to be an accountant, or a nurse, or a teacher. If you think a liberal arts degree doesn’t matter much there are a lot of people who will agree with you, (this writer among

them.) Too many high school kids, and let’s not forget their parents, grow up with the thought ingrained in their head that they have to go to college. Everyone who wants to be successful goes to college, or that’s what these kids and parents delude themselves with. There are, in this writer’s experience, two key elements of success, neither of which is a college degree, although a degree will probably not hurt. The first element is the makeup of the individual. If they’re lazy, inconsiderate, lack curiosity or persistence, or have no empathy they are likely to have a miserable life and be unhappy and probably fail in their career. On the other hand, if they have these qualities and blessed with average intelligence at least, they will be much more likely to be successful. And happy. The other key element, I think, is being “aware.” Aware of things that lurk beneath the surface, trends, opportunities, intangibles, including warning signs. This is the opposite of taking a passive role in life, allowing things to affect you that shouldn’t, or shouldn’t for very long anyway. College degrees don’t enter into this secret recipe at all.

Practically speaking, a kid – or an adult – who discovers what they are good at, hopefully making them content, need not obsess with college. That person might have a talent for mechanical things, or may have a unique spatial aptitude. There are thousands of well-paying jobs – or companies waiting to be started – where a person can, as the human culture expert Joseph Campbell explains, “follow their bliss.” That bliss may or may not include college and a degree program that half the time is pure guesswork. Statistics show at least half of all college students change their field of study at least once before graduation, and that’s only for those who graduate. But there are the other half who select a field of study and stick with it. Hopefully life proves they made the right choice. For them a degree is important.  Even though it might take them six or more years to get one. Six or more years of forsaking income and probably accumulating debt.

So who’s right? Depends on whether we’re talking generalities or examining a specific person and his unique situation. Generalities are great if you’re a statistician but not so much if you’re an individual. So let’s not follow the lemmings and generalize but look at each situation for what it is. Then, all things considered, answer whether or not a college degree matters.

Joe Schmoke realized that there are many flaws in the college selection process, so he decided to create University Research and Review to help fix them.

Visitors to University Research and Review’s website take an online survey, but unlike other services, the results are evaluated individually by one of URR’s advisors, who have more than 280 years of experience combined, who then generate a personalized report for the survey taker.

The URR report evaluates an individual’s unique interests and preferences, and its advisors personally work with students to narrow down their search to about five schools, out of the more than 7,000 colleges and universities in the United States.