Obesity has become a prevalent condition among children nowadays. In the same way, the sudden rise of autism has also been recorded at 1 in 68 children by the CDC. More research suggests that obesity in children with Autism Spectrum Disorders (ASD) has also been rising over the years, and has been noted as high as that of developing children. This statistical data is quite staggering. Children with ASD are not only exposed to the same risk factors as that of typical developing children, they are also more susceptible and vulnerable to more adverse effects such as genetic issues, sleeping and eating disorders, physiological challenges, and so on. For all individuals with ASD, obesity poses a huge threat to their overall health and quality of life.

Likely Causes of Obesity Among Children With ASD

Three of the likely causes of obesity among children with ASD are genetics, delayed/impaired motor skills development, and psychopharmacological after-effects. Obesity in children with autism is usually biological in nature. Children with ASD born to parents with obese patterns are more susceptible. Genetic determinants, however, are not specifically and fully identified.

The use of psychotropic medications is quite common among individuals with ASD, particularly to those who have severe symptoms. Medications such as stimulants, antidepressants, mood stabilizers, and antipsychotics are usually prescribed to individuals with autism as well as to those with behavioral and developmental needs. Some 35% to 65% are prescribed with one of these medications, while approximately 10% are prescribed with more than 3 medications. These medications are often used not as a cure but as a means to control and manage the symptoms. Though known to be effective, these medications can result in weight gain as they increase appetite and lessen physical activity. In addition, metabolic syndrome such as raised blood pressure, insulin resistance or glucose intolerance, abdominal obesity, and many more are common side-affects of these medications among children with autism.

Delayed or impaired motor development usually limits the physical activity among children with autism. Most kids with severe autism have sedentary behavior due to low muscle tone, postural instability, and motor-skills impairment. These conditions often limit involvement in physical activities since these children struggle for balance, endurance, and motor planning.

Autism with obesity is known to be associated with other risk factors such as sleep issues, and picky eating. Difficulty falling asleep or staying asleep is quite common among children with ASD. Sleep issues usually affect appetite and metabolic functions leading to weight gain. Children with ASD are also known to be highly selective eaters and have the tendency to be indisposed to specific smells, colors, textures, temperatures, and so on. This “picky” eating routine often leads children to choose unhealthy foods and/or energy-dense foods which are often “more attractive” and much tastier than organic/fresh foods.

The Role of the Family

Most issues concerning dietary, sleep patterns, and physical activity are also affected by family dynamics. Mealtime routines, feeding styles, and other parental practices relating to food and activities at home directly impact a swing toward obesity among children with ASD. By developing a healthy family environment and proper dietary management, while infusing effective intervention, obesity among children with ASD can be prevented. 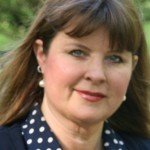 Pamela Bryson-Weaver is the author of Living Autism Day by Day: Daily Reflections and Strategies to Give You Hope and Courage, a #1 BESTSELLER on Amazon.com and Amazon.ca. A staunch advocate for autism, she is also the mind behind the powerful website—www.livingautismnow.com—an online portal for parents, caregivers, individuals with ASD, service providers, and experts to interact with each other, to raise awareness, and locate the best possible services for them. Bryson-Weaver is uniquely qualified to speak on autism as she is the past president of the Autism Society in New Brunswick, and has promoted a resolution on Autism that was presented locally, provincially and was passed nationally in Canada 2004. To date, all children diagnosed with Autism Spectrum Disorders in her province receive $20k per year for treatment. Married with 3 children, the main driving force in this advocacy is her youngest son, John, who has autism.