In honor of National Bullying Prevention Month, there are some things that all parents should be aware of. Bullying is becoming an epidemic in our country. What used to be thought of as schoolyard behavior, or just innocent teasing, is morphing  into an epidemic that is causing teenagers to self-harm and even commit suicide. So, how is this happening, and why?

Children have always been bullied in school. Ask anyone you know, and most likely, they will be able to recall an incident as a child when they were either physically harmed or made fun of. Luckily, once school hours were over, children could go home to their loving families and escape their bullies. Today, with the rise of the Internet, they no longer can. Teenagers are on social media almost 24/7. Many state that their online personas are more important to them than their face-to-face interactions with their friends. This may seem bizarre to you, but to a teenager it makes sense. 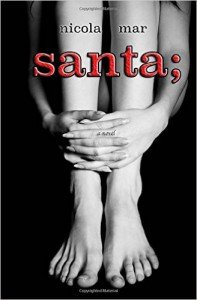 They live in the moment. Teenagers don’t think about what the future will be like.  Many don’t contemplate life’s greater purpose or meaning, because the present is so important to them. What others think shape their beliefs. Therefore, what teenagers are posting on their social media accounts is very important to them—so important that one bad comment can ruin their reputations. This causes a lot of stress for them and gives a lot of power to bullies who are searching the Internet to find someone to harass.

Bullies online sometimes act anonymously, which causes them to be even crueler than they normally would.  With potentially no consequences for their actions, they roam the Internet sending messages and comments filled with hate. To the person receiving these messages, it can become a nightmare. Teens are quick to gang up on each other. When one person leaves a nasty comment, many follow. In a matter of days, the victim can become isolated and alone.

Feeling ashamed and embarrassed, believing the comments to be true, many victims do not tell their parents or teachers what is happening. Thus, they deal with the torture privately and cannot escape it, even in their own homes. Physical symptoms may manifest due to stress and depression. These signs are usually headaches, stomachaches, eating disorders, or even cuts due to self-harm. Suicide attempts in this country are alarming. Approximately two million adolescents attempt suicide every year, and there are about 4,600 deaths. Almost half of those deaths are attributed to victims of bullying.

Cyber bullying is very real and very serious, causing detrimental effects. Parents should not think of bullying as a coming-of-age behavior, but as something that needs to be eradicated completely. The best strategy to achieve this is to talk to children about bullying from a very young age. Encourage them to feel comfortable talking about it and asking for help when it happens to them. Teachers, counselors, and parents of the bully need to be notified immediately. Parents should also become familiar with social media and sign up for their own accounts. Monitor what is happening to your child online so you can get help for them before it is too late.

Children should also be taught to never be bystanders—always stick up for someone in need. Studies show that even if one person sticks up for another who is being bullied, over fifty percent of the time, the bully will back down. Spreading awareness will empower everyone. Knowing that they are not at fault and not alone will encourage victims to speak up, stick up, and help each other 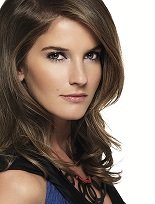 Nicola Mar always dreamed of becoming a writer. At 18, she moved to the U.S. to continue her education, graduating from Rollins College with a Bachelor’s degree in Anthropology and a specialty in Creative Writing. In March 2014, Mar published her first novel, A Red Tale, which was inspired by her childhood growing up on the island of St. Maarten. Santa is her second novel.