A new study suggest that there is lasting harm caused by teasing girls about weight which may lead to an increased risk of eating disorders. 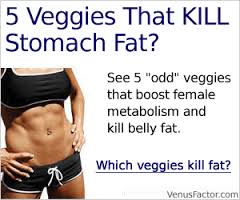 Click here to see the 5 veggies that kill belly fat

The subjects of the study were 135 black and Hispanic girls who were around the age of 11, and overweight or obese. Eighty one percent of the girls were considered to be obese.  All girls were unhappy with their weight and wanted to be thinner.

“The study focused on black and Hispanic girls because they are at a higher risk of obesity, which may increase their desire to be thinner and lead them to engage in unhealthy eating behaviors,” Olvera said. “Secondly, there is not a lot of research that explores these issues in minority girls.”

The research showed that 52 percent of the girls had been teased about their weight by other girls. 60 percent had been teased by boys.  Some girls also said that their siblings had teased them.

The researchers found that teasing appeared to trigger  unhealthy eating habits. The research did not show a cause and effect relationship.

70 percent of the girls cut back on meals, or skipped them. Some starved themselves to lose weight. research also found that 12 percent binged and threw up, and 33 percent reported emotional eating.