Bullying Extends to Seniors and How to Stop It

Most people are aware that bullying exists in kids and teens. More information is now being made readily available as to how bullying is even widespread in adults, something that most were oblivious to, or thought was unheard of. Unfortunately, that is real; just as real as bullying in seniors, or what professionals call ‘ELDER ABUSE’.

Most experts assert that elder abuse is any intended action, reaction, or inaction—not doing anything to assist anyone in need, or withholding healthcare/mediation—which can readily cause harm or threaten harm to an elderly person. This harm or bullying/abuse usually comes from an individual known to the senior: a family member, a health professional, or a care worker entrusted to look after the individual in question.

Elder abuse and bullying is not a recent phenomenon! It has been occurring for many decades—most likely centuries—in familial homes, nursing/retirement homes, hospitals, and long-term care facilities. As sad as it sounds, the incidences of it happening are very real! It seems that more cases of victimization are coming forward due to better reporting, cell phones, and video cameras. Thank heaven people are coming forward to try to stop it, but it is still occurring and more people need to step forward and become difference makers!

When you look at bullying and abuse, it is common to see the same types show up in kids, teens, adults, and seniors. With that said, you do see some similarities between abuse that seniors experience to very young children and even babies. The most prevalent types of bullying and abuse seen in seniors are physical abuse, verbal abuse, emotional/psychological abuse, sexual abuse, spiritual abuse, and less obvious incidents of neglect and exploitation.

Neglect/exploitation are also forms of bullying and abuse when it involves seniors. Elder neglect is one of the most under-reported, and even “uncared” about issues in society today. In North America, elders are becoming the fastest growing population, and if the trends continues, they may also be the most neglected population as well. That sad part is they are the ones through their intelligence, dreams, ideas and tax dollars who developed society for the next generation as well as “raising” them, and now, in too many cases, they are the forgotten and unappreciated population in society.

Too often, people sit around waiting for someone else to do something first, or they just hope things will “magically” resolve on their own, or go away. When it comes to bullying and abuse, this is rarely the case! When someone is older, weak, and fragile, the reality is that it will continue until someone with strength and backbone intervenes and says, “Enough is enough!”

1. Always get the facts straight as best as you can from the victim, or any witnesses. You need to have information—correct information—before proceeding to the authorities.

2. Have you loved one checked out for any physical injuries or potential mental health illness. Getting them help immediately once you have the knowledge that there has been abuse/bullying is paramount!

3. Report it! There is no beating around the bush here; call the police. Elder abuse/bullying is a criminal offense and it is assault. Obviously, the senior cannot fight back or this bullying would not be continually occurring.

4. Have different adults who can be trusted checking in on the elder from time to time. It is important to establish consistent living conditions.

5. In houses where there has been a history of violence (i.e., it has existed in the family in the past, and the elder may have been a victim when younger), it is important to identify if the elder’s personality/behaviors make them a continued target for further bullying and/or abuse into the senior years.

No one should ever be subjected to being put down, being abused or becoming a victim of bullying no matter how old or feeble they are. Enough is enough! Everyone has a purpose on this earth, no matter how old they are. Life was meant to be enjoyed by everyone or every age! You can download for free Bullying In Seniors: The Maltreatment of Elders. 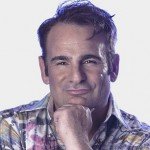 Peter Andrew Sacco Ph.D. is a recipient of the Award of Excellence in Teaching, lecturing at universities both in the US and Canada, an award-winning executive producer, he has hosted many documentaries on relationships, psychological issues and children’s issues. Peter has also written over 700 articles in media/magazines as well as several book reviews for Prentice-Hall Publishing. Peter has been featured on ABC, CBS, FOX, COAST TO COAST and IHEART on major radio shows in 32 US states, 4 Canadian provinces, and radio shows in Europe, China, South America and Australia.