How To Keep Kids Away From Drugs

According to the National Survey on Drug Use and Health there were just over 2.8 million new users of illicit drugs in 2013, or about 7,800 new users per day. Over half (54.1 percent) were under 18 years of age. In 2014, the Survey indicated that 27.0 million people aged 12 or older used an illicit drug in the past 30 days, an estimate that continues to be driven primarily by marijuana use and the nonmedical use of prescription pain relievers. 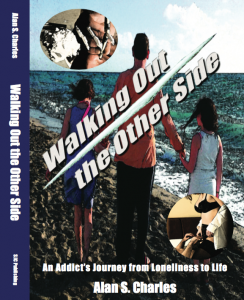 When asked, 1 in 3 parents believe there is little they can do to prevent teen drug use. However, if you suspect your child has tried or is using drugs the most important thing is not to alienate them. Open and honest communication will allow for two-way dialog and may help you understand what they are using, how much they are using and why. Often, teens use drugs to socialize with friends, for relaxation or fun, out of boredom or just because they are curious. By the time children are teenagers, they come to believe that the world is at their feet and because they are teens, they don’t feel a sense of danger. The trouble is that addiction can occur after just one use, according to Dr. Antonello Bonci, assistant professor of neurology at UCSF. As someone who suffered from drug addiction, which began immediately after my first use, I am living proof that this can and does.

My childhood was a difficult one and resulted in an adolescence filled with fear, anxiety and loneliness. I had a knot in my stomach from the age of nine onward. As a teen and young adult who was passionate about sports, using drugs was the furthest thing from my mind. At age 24 after leaving a baseball career due to injury, I tried cocaine at the insistence of a friend. The knot in my stomach gone, I began a 24-year addiction to cocaine.

Since the date of my sobriety eight years ago, I have been thinking of ways to help prevent adolescents and teens from using drugs. After talking with several groups of young people, as well as my own children, I have come up with the following thoughts:

Talk to kids about the effects of drugs as early as the pre-teen years. It is important they understand what drugs can do to people and thus it is critical to be explicit about it.

Communication is key – encourage discussions so they will not be afraid to chat about whatever they want, even their curiosity about your own drug use as a teen.

Don’t discount therapy at a young age. Therapy can help teens work through low self-esteem issues, bullying, social acceptance difficulties, and problems with sexuality. While therapy can have a stigma attached to it, early intervention is well known to be successful.

Encourage kids to volunteer and immerse themselves in community activities. Volunteering helps kids develop a sense of empathy. Working for homeless shelters, hospitals, rehab programs can be a transformative experience.

Enroll kids in group-related activities. Find interests that drive their passion – programs that are drug and alcohol free such as performing arts, sports, clubs, camps, abroad programs and summer experiential programs. Urge kids to join multiple groups or have them start drug and alcohol free groups at school.

Take a break between high school and college. This will encourage growth, reflection, giving back, becoming independent and learning about the world. The Peace Corp and Habitat for Humanity are just some of the organizations that may sponsor yearlong trips to other countries.

Insist on after-school jobs for teens. In addition to helping kids learn about responsibility, work limits free time where students can get into trouble.

In summary, give your kids support, guidance and good options and make certain that they trust your ability to listen and not judge. Information and communication will go a long way towards helping your kids avoid drugs. 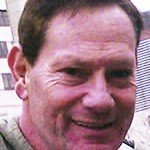 After 24 years, Alan Charles won his battle with cocaine addiction. Clean and sober since 2007, today Alan speaks around the world in hopes that his story will help others like himself heal. His life story is chronicled in the new memoir  “Walking Out The Other Side: An Addict’s Journey from Loneliness to Life”.