Reading to Develop a Moral Imagination

It’s a rare parent who doesn’t believe that reading is crucial for their children’s success, and widespread data support those views. Students who are good readers are more likely to do well in school, obtain higher grades, and pass exams than are those with weaker abilities. Those achievement gains can add up to big advantages to help teens get those college acceptances, scholarships, and even higher job wages—all big reasons why tutoring is a billion-dollar industry. Parents know reading is key to academic success, but new findings give “book power” a surprising added value: Reading can make our kids not only smarter, but also kinder!

In fact, it turns out that reading—and specifically, enjoying reading—has profound implications for every part of our children’s success, both now and in the future.

WHY IS GETTING KIDS TO READ SUCH A STRUGGLE?

Sounds simple enough: all we need to do is have our kids read, and they’ll become more successful and empathetic. But today’s digital- driven and faster-paced culture doesn’t make it easy to instill literary habits in our children.

Getting Digital-Driven Kids to Read Is Tough

Our most pressing challenge may be getting a book in our kids’ hands! A survey of thousands of eight- to sixteen-year- olds found that kids today are clearly reading less. (3)

Peer pressure is also a problem:  one-fifth of our kids admit they’d be embarrassed if a friend saw them with a book! Not so comforting if you’re trying to instill a passion for reading in children. Reading rates aren’t just declining as kids grow but also have plummeted significantly over the past three decades. Forty-five percent of seventeen-year-olds admit they read by choice only once or twice a year. (4) What’s more, we’re reading to our kids less than ever. In 1999, children two to seven were read to for an average of forty-five minutes a day; in 2013, that number dropped to just over thirty minutes per day. In 1984, 64 percent said they read once a week or more. (5)

More than half of kids said they preferred watching television to reading (6) (their daily screen preference has switched to viewing television on a mobile device (7) ).

Watching videos on YouTube, playing mobile games and apps, and text messaging are the most popular activities after watching TV. (8) As digital entertainment choices rise, our kids’ reading habits will continue to decline unless we become more intentional about carving in reading time and setting unplugged family time.

“I have so much homework and activities, there isn’t enough time to read,” one child told me, and he’s not alone. The Overscheduled Kid syndrome continues to affect families, with agendas so tightly filled with academic and sports activities there is no time left for reading.

Despite parental concern over the kid reading dip, we read less to our children than did previous generations, (9) and the cherished tradition of bedtime stories is waning as well.

Only 64 percent of parents say they read bedtime stories to their children (though 91 percent had bedtime tales read to them when they were young). (10) One recent study found that 28 percent of parents say they use a mobile device to put their young children to sleep (11) and there goes vanished memories of hearing us read Goodnight Moon and other cherished bedtime tales). Grown-ups cite their “lack of time” for the decline of the family night-time reading habit.

Picture books—like Madeline, Stellaluna, and Enemy Pie—are no longer a childhood staple for our younger set, and sales are dragging in the publishing industry. (12) It appears that parents are leaving the picture book behind and moving quickly to text-heavier chapter books, believing that these will give their kids a stronger academic boost.

That view doesn’t stand up: picture books are richer in emotion-charged content than chapter books are, and it’s this emotionally charged content (particularly in the first several years of life) that’s crucial to empathy development.

2. Jonathan Douglas, “The Importance of Instilling a Need to Read,” Daily Telegraph, May 4, 2013,

3. Survey of 35,000 kids by the UK’s National Literary Trust; screens don’t seem to be improving children’s reading experience: Asi Sharabi, “Tablets Make It Nearly Impossible for Kids to Get Lost in a Story,” The Atlantic, December 18, 2013,

4. Irene Picton, “The Impact of Ebooks on the Reading Motivation and Reading Skills of Children and Young People,” National Literacy Trust, September 2014. Study was of children ages eight to sixteen.

6. Fifty-four percent of kids surveyed said they preferred watching television to reading: Research by the National Literacy Trust based on survey of 21,000 children: “Children Are Reading Less,” The Independent, September 14, 2012.

9. About half of parents (49%) feel their children do not spend enough time reading books for fun—an increase from 2010, when 36% of parents were dissatisfied with time their children spent reading. Based on a national survey of kids ages six to seventeen and their parents. Press release, January 14, 2013, Scholastic, “New Study on Kids’ Reading in the Digital Age: The Number of Kids Reading eBooks Has Nearly Doubled Since 2010” 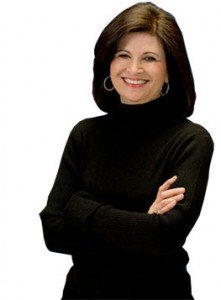 Michele Borba, Ed.D., is an internationally renowned educational psychologist; a former classroom teacher; and an expert in parenting, bullying, and character development. She is an award-winning author of 22 books translated into 14 languages. One of the foremost authorities on childhood development in the country, she is a regular NBC contributor who has appeared over 130 times on the TODAY show and has been featured as an expert on Dateline, The View, Dr. Phil, NBC Nightly News, Fox &amp; Friends, Dr. Oz, and The Early Show, among many others. She lives in Palm Springs, California, with her husband, and she is the mother of three grown sons. See www.micheleborba.com.