How Teachers Can Stop Classroom Bullying

About a third of students are bullied, resulting in long-term mental and physical harm. Although teachers face unprecedented pressures like student performance and entitlement, you and your students can greatly benefit from your time and commitment to stop bullying in your classroom. It’ll make your job easier by reducing overall aggression, and increasing attention and rapport. 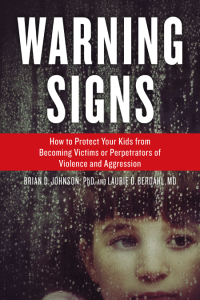 How to End Bullying in Your Classroom

First, know and follow your school’s anti-bullying policy. But victims need the most likely witnesses like teachers to intervene, so also create your own classroom policy, discuss it the first day, and send it home for parental signatures.

Build rapport with students, so they like and trust you, and think you care about and respect each one of them. Be fun, funny, calm, and kind (say hello by name, and pay simple, sincere compliments to all, not just good students). Use a general behavioral classroom management plan.

Consider sending a note or text to students who may bully or be bullied: “I’m glad you’re in my class and look forward to getting to know you better. Please let me know if I can help with anything.”

Teach about bullying. Define bullying first: when a person with more physical or social power tries to harm someone who wants it to stop, often repeating it in person, via peers, or technology, and may claim it’s just a joke. Examples are threats, name-calling, taunting, humiliating, embarrassing, making sexual comments, intimidating, telling rumors and lies, purposefully leaving someone out at school, telling kids not to be friends with someone, spitting, tripping, pinching, hitting, pushing, making rude hand gestures, or stealing or breaking possessions. It’s also teasing, making fun of, or laughing at kids for their classroom answers, or the way they dress, talk, or look.

Discuss why kids might bully others:
• Feeling badly about themselves, they bully to fit in, look popular or powerful, or build themselves up.
• Or, thinking they’re better than other people, they like to hurt or exert power over others.
• Having been hurt at home, they take anger out on others.

Discuss what can happen to bullies later if they don’t get help: violent behavior, criminal convictions, mental illness, suicide, relationship and job problems, and substance abuse.

Teach what can happen to victims if they don’t get support, as explained in our book, WARNING SIGNS: avoiding school, eating, sleeping, and academic problems, substance use, anxiety, depression, poor self-esteem, delinquency, suicide, or becoming violent.

Say, “This classroom’s culture will be one of respect, kindness, and fun. This means no bullying. We want everyone to feel comfortable, be safe, and learn some stuff. Please talk to me, a parent, or other trusted adult if someone may be getting bullied, including yourself.” Say that you won’t tell who told you to encourage disclosure.

Adults condone bullying when they see it but don’t intervene. Smiling, minimizing, or ignoring can be particularly traumatic for victims and bystanders. You can say, “I’ll be watching for bullying. When you’re disrespectful or bullying, I’ll tell you. I may say, ‘I know you can stop X and instead do X (describe specific behaviors), but if you can’t, then I’ll move your seat. If it still happens, I’ll give an assignment to help you learn or speak with your parents.’”

When bullying occurs, intervene respectfully and calmly, without shaming, reprimanding, or name-calling (don’t say, “You’re mean” or “You’re a bully”). Label behaviors requiring alteration: “That’s bullying and we treat each other respectfully here,” or “When someone is being put down and you laugh, you’re doing it too. We don’t put each other down, because we’re a team.”

Move the bullying student away from friends and victim (don’t move the victim) but not into a corner or facing the class, which are shaming positions. Don’t sort out the facts right away (interview people separately) or ask for an immediate apology. But you can ask for a written apology to a victim that you read first (or nice deed) or a spoken apology and promise not to bully to the entire class. Involve a resource officer for theft, extortion, hate-related or serious physical threats or physical harm, weapons, or sexual assault.

Privately, tell kids who bully you’re concerned about them and describe behaviors and consequences for themselves and others. Later, ask how things are going and try giving them a classroom leadership role or responsibility. If needed, meet with parents and administrators, acting concerned for the bullying child’s welfare. 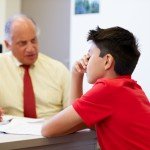 To bullying victims, say you feel bad for them, it isn’t their fault, and they don’t deserve it. If they’re able, help them reduce chances of remaining a target, such as improving social skills (not overreacting or being dramatic), standing up straight to appear confident, and using protective tactics. “When you X, you may get a bullys’ attention, so try doing X instead. It’s not your fault, but you can act to protect yourself.” Don’t suggest ignoring it or having their parents call a bully’s parents. Try making plans with other teachers who have the same victim.

Recommend talking to a counselor. Speak to victims’ parents and encourage them to meet with administrators if bullying doesn’t stop. Parents helping in the classroom or joining kids for lunch or recess can be helpful in elementary school, but is counterproductive at older ages.

Even if you can’t totally stop bullying, just one supportive adult can save a child victim from serious harm, and that can be you. Be proud of intervening to help protect you, your students, and society. 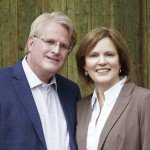 Drs. Brian D. Johnson, PhD & Laurie Berdahl, MD are authors of the book, WARNING SIGNS: How to Protect Your Kids From Becoming Victims and Perpetrators of Violence and Aggression, to be released on August 1, 2016.