How Our Brain Learns

While I am talking to you right now, you are talking to yourself hundreds of times faster. (Your brain can do that because when you talk to yourself, you not only use words; mainly you use pictures and feelings.) 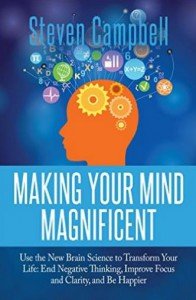 Your brain accepts this self-talk without question!  No arguments!  So when you say, “No way! I can’t do that!” the mind simply says, “OK…you can’t!” and then blocks out the ways for you to do it. If however, you say, “Absolutely…of course I can do that!” the brain accepts that too…without question. No arguments. And it not only endeavors to find a way, it also finds the energy you need to get it done!

The kicker however is that your brain does not like change…it does not like being out of its “comfort zone.” And what is its comfort zone? It is those hundreds of thousands of self-images you have.

However, we now know that your mind can be taught how to become your greatest motivator and champion for change.

The first step is to appreciate the capacity it has for learning new things, and frankly…that capacity is beyond our mankind’s comprehension.

Let’s see how this is true.

How Our Brain Learns

If I were to put a paint brush in front of you, you would instantly recognize it. However, you were not born knowing what a paint brush looked like. You learned it sometime between your birth and the present.  Let’s look at one isolated illustration to understand how your brain learned this.

Being raised in Rohnert Park gave our daughters no clear concept of what a “city’ was. In fact, Figure 1 illustrates what their brains knew about a ‘city.’ Absolutely nothing. 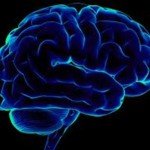 To teach them about a ‘city,’ we sat down with them when they are six and three and read them a book about the city. When we did, their brain recorded the pictures in the book as ‘images.’ When we introduced them to some our friends who lived in San Francisco, their brains recorded those images associated with a city, as illustrated in Figure 2. 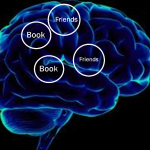 In addition to the book and friends, Street, we also took them to San Francisco and San Jose where they saw a lot of buildings, and street lights and cars, and lights…all the stuff the cities have.

All of these images were recorded in their brains as shown in Figure 3. 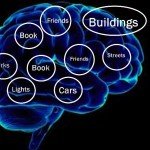 At this point, the images in Figure 3 were just those…images, and were recorded as images.

Now their brains did something very interesting:

Here Come the Trillion of Connections

Their brains begin to see similarities among the images.  Just as there were pictures of buildings in the book, there were actual buildings in San Francisco and San Jose.

When their brains perceived these similarities, they laid down what is called a “neural connection” between the images.  In other words, when it saw similarities between pictures of buildings in the book, and buildings in San Francisco, it created a connection. When it remembered a fire department on Sesame Street and a fire department in San Francisco, it created another set of connections.  When their brains remembered a lot of people in San Jose, and a lot of people in San Francisco, they laid down a third set of connections. And on and on, as shown in Figure 4. 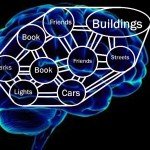 According to Dr. V.S. Ramachandren in his book, Phantoms in the Brain, neuro-mathematicians have projected that the number of patterns and connections which are theoretically possible is greater than the number of elementary particles in the universe.

Over time, these neural connections form a “pattern”  of a “City” as shown in Figure 5.  And the longer Abbey and Sarah live and grow, the more this pattern of a city will sharpen and fine-tune itself because of the increasing number of connections that the brain will create among all of the images of a city.  This pattern of a city is now in their long term memory, and will be there as long as they live! 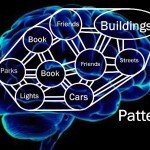 What Can We Learn From This?

As we have seen here, your brain is a magnificent pattern-detecting apparatus. The time it takes for this pattern detection to take place is directly related to how many images, clues, pictures, readings, trips, tables, figures, books, papers, presentations, slides, magazines, and all of the other materials you have been exposed to throughout your life.  Nothing is wasted!

2.  It all comes down to your self-talk!

The primary element that holds us back from learning and growing and changing is what you say to ourselves...about ourselves!  When we say “I can’t do this?” your brain agrees.  When you say, “I CAN  do this!” the brain says ABSOLUTELY! You can grow and change as much as you really want. 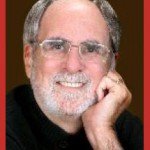 After working in hospital administration for 20 years, Steven Campbell acquired his Masters in Information Systems and went on to pursue his greatest love; Teaching. He has also been a professor, author speaker, and educational dean for more than 26 years.

After writing his third book, Making Your Mind Magnificent, he now conducts seminars on how we can change what we say TO ourselves ABOUT ourselves…TODAY! He is a regular speaker for the Commonwealth Club of San Francisco, universities, hospitals, businesses, as well as public and private schools in Northern California.

He also hosts a two-hour weekly radio program on Wednesday mornings from 9:00 to 11:00 titled Making Your Mind Magnificent on KOWS.FM.