Book Excerpt from The Drive to Learn

Excerpt from Chapter 6 of  The Drive to Learn, Rowman & Littlefield, 2017, by Cornelius N. Grove 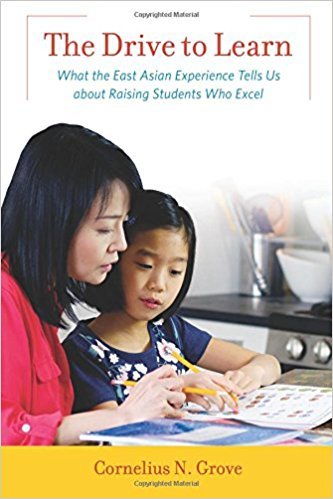 Every society has unique qualities. Nonetheless, sociologists have lumped them together into a variety of broad types.  Two are useful for us now:

From a sociological perspective, a hallmark of these societies came to be the assumption that a child would become ever more independent minded as he grows up, eventually leaving his family of birth and – relying on specialized skills and knowledge – make his own way in the world.  Another hallmark is the characteristic ways in which parents raise their children, expecting that they would and should gradually become self-reliant in thought and deed.

From a sociological perspective, a hallmark of communitarian societies is the assumption that children would remain in or near their birth communities, or at least would maintain tight social and emotional ties with their families.  Another hallmark is the characteristic ways in which parents raise their children.  They expect children to fit into the family’s patterns of daily interaction and to contribute to its welfare.  They also expect children to see themselves, and to be seen by others, as wholly identified with the family unit, not as separate and unique.

These two types of society are a study in contrasts.  To ensure that their infants gain social competence, parents not only teach them different things – the what – they also use different approaches and have different expectations about the ways in which their infant should go about learning – the how.

Learning to Be Competent; Learning in School [Excerpt: pages 52-53]

These overviews give us a window into the cultures of learning typical of individualized and communitarian societies around the world.  A culture of learning means that, within a society, there are certain ways and means for teaching and learning that most people agree on and usually apply.

This brings us to an especially important point:  A culture of learning isn’t only about how parents, siblings, and other caretakers think and behave as they prepare a child for life in their society.  A culture of learning is also about how the child himself learns how to learn.  It’s about what the child comes to expect of others, and of himself, within any situation that has an opportunity to learn.

That includes learning in school.

Imagine an infant growing up in a society with communitarian patterns of child-rearing and schools that the child will begin to attend at age 5 or 6.

Our infant is gradually gaining self-awareness and consciousness of her surroundings.  Her consistent experience is that her parents, older siblings, and other caretakers are close and warm with her, feel empathy for others, uphold cooperation within the group, and defer to more experienced seniors.  Older kinfolk are caringly directing her learning – how to walk, put on clothes, show respect, weed the garden, fetch firewood.  Eventually she realizes that she fits in best by being receptive to them.

Why do her older kinfolk caringly direct her learning?  Because they have a stake in the outcome.  She isn’t just an adorable cherub who tugs at their heartstrings.  She is One of Them.  Furthermore, she has economic value!  She must contribute to essential subsistence activities and, soon, help to raise her yet-to-be-born siblings.  Family members need her to fit in cooperatively, competently, and smoothly, and to carry out ever more demanding survival-relevant roles.

When it’s time for her to learn reading, writing, and arithmetic, how will she do that?

Learning How to Learn in East Asian Schools [Excerpt: pages 53-54]

Summing up all the findings from many communitarian societies, [one] researcher offered observations that support this book’s theme:

The hierarchical structure and the teaching mode of the early interactions prepare the infant to be unanimously attentive to the caregiving environment.  This attention is mainly expressed by attentive listening and observation.

China is known to have relied on small-scale, village-based agriculture beginning some 5,000 years ago.  All three East Asian societies have long demonstrated the child-rearing patterns of communitarian societies.

In one way, however, ancient China departed from the communitarian pattern:  While millions of subsistence farmers were toiling in the fields, a few scholars began writing poetry and prose that eventually became “the classics.”  Several thousand years later, the Imperial Examination system raised the classics to prominence.  Those exams gave anyone, even a poor farmer’s son, hope that he could vault from daily toil into wealth, power, and everyone’s respect. IF…

IF he mastered – mastered! – the classics.

How did a poor farmer’s son expect to do that?

Today it’s an East Asian girl arriving at the schoolhouse door to learn reading, writing, and arithmetic.  A thousand years ago it was her ancestor, the farmer’s son, intending to gain power and prestige by mastering classic literature.  What do these two young people have in common?

Before they hit the books, they already know how to learn.  They know how to be diligently receptive to others who care about them and have already mastered whatever is to be learned. 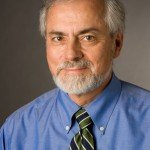 Cornelius N. Grove, Ed.D., managing partner of the consultancy Grovewell, is also an independent scholar and author of iconoclastic books on education.

After attaining an M.A.T. at Hopkins, he taught history in White Plains, NY; worked in educational publishing; travelled abroad for two years; and earned an Ed.D. at Columbia.  While working for a student exchange organization, Dr. Grove taught a course on “cross-cultural communication in the classroom” at two universities.  He then taught in Beijing and co-authored Encountering the Chinese (1999, 3rd Ed., 2010).  In 2005, he delivered in Singapore a major conference paper on instructional styles worldwide.  This inspired him to begin providing Americans with historical and cross-cultural perspectives on their children’s classroom learning.

In The Drive to Learn (2017), Dr. Grove focuses on the contrasts between U.S. and East Asian cultures, yielding fresh insights about the relation of parenting to school success.  For detailed information, visit The Drive to Learn.