Common Core Standards Continue to Be Used in Most States

Common Core Standards continue to be used in most states, including those that are engaging in debate over their effectiveness in reading and math. 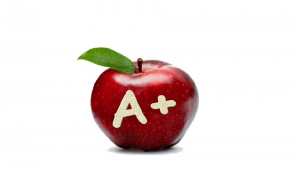 More about this Spelling Made Easy course at HowtoLearn.Teachable.com

After the standards were introduced in 2010, 45 states plus the District of Columbia adopted them. Since then, only eight have moved to repeal the standards.

Revisions are being made by twenty-one other states. Most of the revisions to the guidelines are minor.

“The core of the Common Core remains in almost every state that adopted them,” said Thomas B. Fordham Institute president Mike Petrilli.

A bipartisan group of governors and state education professionals launched the Common Core Standards in 2010. The idea was to bring scholastic standards to a national high level. Controversy ensued when federal dollars were offered to states by the Obama administration to encourage them to adopt it. Proponents of state’s rights felt that local control was being undermined, and some teachers felt the standards were confusing.

The journal published by Harvard’s Kennedy School and Stanford University, Education next, found in a survey that support is strong for national academic standards, as long as they are not named Common Core.

More about this Spelling Made Easy course at HowtoLearn.Teachable.com