The Importance of Deep Sleep for Visual Learning

Researchers exploring the importance of deep sleep for visual learning have discovered that visual perceptual learning is cemented in the brain during deep sleep, otherwise known as slow-wave sleep. 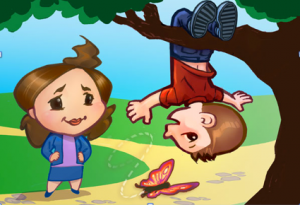 More about this course 5 Simple Ways To Motivate Your ADHD Child at HowtoLearn.Teachable.com

Most people are familiar with visual perceptual learning through “Magic Eye” posters which eventually show a 3D image emerge from the tessellation. University of Michigan researchers conducted their experiments with mice, and published their results in the Proceedings of the National Academy of Sciences.

According to study author Sara Aton, an assistant professor of molecular, cellular and developmental biology we see through our retinas transmitting the image to the thalamus in the brain. Neurons send basic information to the cerebral cortex. In an awake brain, neurons steadily transmit infomration between the thalamus and cortex. In slow wave sleep, those neurons transmit in bursts, and then  pause in a rhythmic synchrony. The communication also flows between the cerebran cortex and the thalamus.

Previous research in Aton’s lab showed that when mice are shown an image and then allowed to sleep, the cortex neurons fire more when seeing the image again. If the mice were sleep deprived, no changes were recorded.

“We wondered what would happen if we just disrupted that pattern of activity without waking up these animals at all?” Aton said. “The big finding in our study is that if you disrupt communication from the cortex to the thalamus during slow-wave sleep, it will completely disrupt that slow-wave rhythm and the plasticity in the visual cortex.”

They found that disrupting the neurons did not wake sleeping mice, but it kept them from having coordinated activity during slow-wave sleep.

“But if you disrupt these oscillatory patterns during slow-wave sleep, you see a deficit,” Aton said. “What we’re thinking is you need these big waves of activity occurring in order to have that benefit of sleep.”

More about this course 5 Simple Ways To Motivate Your ADHD Child at HowtoLearn.Teachable.com