Eating Breakfast in the Classroom

Eating breakfast in the classroom has become a new normal for students at Peshtigo Elementary Learning Center. Every day, the food service crew prepares over 700 meals.  They noted that there was a decrease in the number of students that participated in the breakfast program.

Principal Kelly Collins notes that the school is one of the largest in the state of Wisconsin. “Over the past three years, it came to the attention of school administration that the number of students participating in the breakfast program fell far below what might be expected,” she said. “A spring 2017 report by the Hunger Task Force confirmed that only 18.4 percent of children who qualify for free or reduced meals, participated in the school’s breakfast program.”

Chef Justin Collins is the director of food service, and explained why the participation in the breakfast program was falling. “There is a simple reason for this,” said Collins. “Traditionally, students are served breakfast from 7:30 to 8 a.m. Unfortunately, most children preferred to play outside before school rather than come inside to eat. By mid-morning, it was difficult for them to concentrate and poor behavior escalated.” 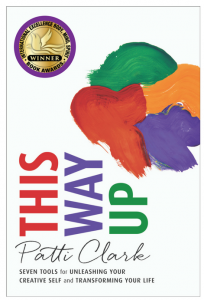 Last spring, the planning began to start the Breakfast in the Classroom program, serving breakfast from 8 to 8:20 am.

While the move proved to be a major undertaking involving increased staffing, planning delivery schedules, ordering storage containers that met FDA requirements, and teachers learning to complete the USDA order form, it was worthwhile, according to principal Collins.

“In 2016, during the months of September and October, a total of 2,836 breakfasts were served to students — about 69 a day,” Kelly said. “This year — during the same time frame — 10,301 breakfasts were served. This averages to over 250 a day. Right now, nearly 67 percent who qualify for free or reduced meals, eat breakfast, in addition to lunch, here at school.”