Engineering Students are Building an Airplane for Charity

Engineering students are building an airplane for charity, which will fly and be fully operational.

39 students in the Lancaster ISD from grades 6-11, have recently completed the challenging STEM project, which will be used by Wings of Hope, a nonprofit which helps people all over the world.

The students have built a 4 seat Cessna 182 single engine airplane. At the unveiling at Lancaster Regional Airport, the plane flew over the city, piloted by the Wings of Hope pilot and copiloted by Executive Director of Academics and Innovation Kyndra Johnson.

Johnson was also emcee for the program which followed the ceremony. After the unveiling ceremony, the plane built by students took off on its first mission to Nicaragua. 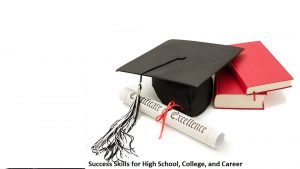 Since sending their first plane in 1965 to Kenya, Wings of Hope has been serving global humanitarian missions. This Cessna will be used by a partner organization, Adventist World Aviation, to offer emergency medical air transport to people in remote communities.

“We think the benefits of the program are twofold for the students,” said Wings of Hope President and CEO Bret Heinrich. “Number one is obviously the hands-on STEM learning they experience as they work on the plane. Number two is the service learning aspect. Wings of Hope is a mission-based organization, so these students have an opportunity to see the impact of their work in the real world as the plane they worked on is dispatched around the globe for humanitarian relief.”