Girls Learning To Code in a Club

Future computer programmers include girls learning to code in a club just for them.  Girls Who Code is a nationwide organization with local chapters of girls in grades six through twelve.

“Girls Who Code is a club that we are offering at the library for girls in grades sixth through 12th, so it’s mostly teen girls,” said Seguin Public Library Youth Serviced Librarian Hannah Farmer. “We started in September of this year and the club is designed to run for a semester, starting in September until the end of the year.”

Farmer learned about the program from computer programmer Bonnie Cope.

“Right around the time that we were talking about it I did a library webinar that had live speakers including Reshma Saujani, the founder of Girls Who Code,” Farmer said. “I learned a lot about the program in August then Bonnie and I applied to start a club here because the organization has to approve you. So we got approved in early September and we started right after that.” 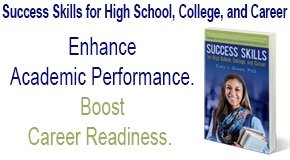 More about this course at Howtolearn.teachable.com

The national nonprofit organization began five years ago with only 20 girls in New York City.  There are now nearly 40,000 members across the nation in rural areas, cities, and even in homeless shelters.

“I thought it would really cool to do it here because I am a female in the tech field,” Cope said. “I didn’t start out thinking I could be involved in programming or systems analysis. I actually came up with an English degree and started as a librarian and I moved into this field and found that I loved doing it. I think that sometimes girls don’t always realize how fun it is or how easy it is. So this club is a way to make it maybe less intimidating and more fun.”