Students Learning How to Program with Legos

In Wyoming, students learning how to program with Legos are using WeDo 2.0 kits, purchased with a $3,000 grant from Taco Johns through the Cheyenne Schools Foundation.

At Pioneer Park Elementary, teachers Amber Dent and Kim Ross are working with small Lego robots, learning the basics of how to program a robot to move in a particular direction.

The robots were distributed among pairs of fifth graders and second graders working together as they attempted to program the robots to move backwards.  The robot is named Milo the Science Rover, and is only a few inches tall, has wheels, a motor, and one eye.

“They’re not afraid of technology at all. It makes their worlds expand more with all the technology that’s going on. They’re used to robots, ” said Ross. 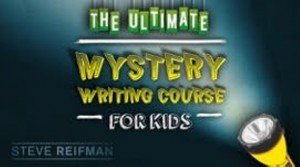 Fifth grade teacher Dent,said, “We’re looking at computer science skills, specifically computer programming and coding. We have a bunch of different missions lined up and outlined for (the kids).”

Teacher guide and missions are already prepared for teachers with the Lego kits. The students are working on their first mission, which is building Milo and learning to program him to move forward, stop, and move backward. The next mission will be to build an arm that picks up an item and brings it to them.  Future missions include performing a rescue with a helicopter the students will build. It won’t fly, but the propeller will spin.

Dent and Ross saw the Lego WeDo 2.0 kits at a technology convention, and then applied for the grant.

“We want to do computer science, but it’s hard to find things at a second-grade level that they’re ready to do,” Dent said. The skills align with the state’s second and third grade science standards, and the engineering involved is part of the fifth grade standards.

“That’s being able to take a problem, find a solution and say, ‘Now, how can we make this solution even better’ and redesign another solution for it.”