Write Like a Native Speaker: Tips for International Students

You may have passed your International English Language Testing System (EILTS), TOEFL, TOEIC, a college admission essay, and got a long-awaited chance to study in one of the world’s most prestigious universities in any of the English-speaking countries…but do you find it easy to cope with writing like a true native after all?  Remember, studying abroad in some of the best learning institutions is a dream that many would stop at nothing until it is achieved, and with the initial focus often projected at how to pass the entry exams, the aftermath of admission has been a nightmare for thousands if not millions of students.

English is one the most widely spoken international languages and many would agree that it is the easiest to learn.  However, crafting an essay in prolific grammar and even speaking English with great proficiency is never a close-shave for many international students.  The accent of a true Englishman and translating the same to a piece of paper need some heightened focus. The struggle is very real and foreign students who speak shaky English and write it as loosely translated vernacular find it difficult to pass important exams, let alone securing a job in those very countries in which they study.

Many have made it
There is a good side of the whole story.  There are equally thousands of students who have mastered the art of English language, both oral and written, and you will find it hard to distinguish them from the native speakers. This often begs the question, how did they make it?   There are a number of countries around the world where English is the native and national language.  Canada, United Kingdom, United States of America, New Zealand and Australia are perfect examples. However, as you will often notice, there are some basic differences and similarities in each of these cases and it comes down to a number of language writing and speaking rules.

Native English Hacks and techniques for foreign students
A desire to start writing English like it is your mother tongue remains largely unquenchable for foreign students. However, the realization of this depends on what tips one takes into serious consideration. Now, take a look further for hacks that will turn you from non-native to native English writing prowess.

In conclusion, it is important to have a clearly set out plan for writing like a true native. And with tips explored in this post, plus other exceptional writing tutorials, it won’t take long before you become a star in English grammar. 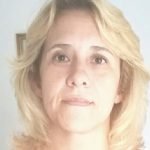 Amber Wilson is an educator from Everett fond of educational technology, modern literature and arts. She also provides dissertation assistance  at Thesis Helpers as an editor and a proofreader.