One of the things I have noticed in my years as a college dean and administrator is that students can be pretty dense. I am not talking about intellectual capacity—far from it. I am not even talking about what happens in the classroom. Actually that can be where the disconnect emerges. And this is especially true for students of color and/or first generation students. What these students need is a seer—someone who knows things the student cannot see. And seers are all over the college campus making magic happen.

I have known so many students who have no idea of how brilliant they are and what they are capable of. At one point when I was working at NYU we had a practice of asking faculty after the mid-terms to let us know how students were doing. Then we could reach out and offer support. But in some cases we learned of students who were doing extraordinarily well. And I made a point of calling in those students to tell them the glowing things that faculty had said about them…the things those professors saw in them. The students usually had no idea anyone was paying attention, let alone saw promise in them. It was a real head turn for many. And armed with the information we were able to be sure that they were made aware of opportunities to do research or honors courses and summer programs that would further enhance their potential… potential they did not know they had.

But what if the students we identified did not respond to the email asking them to come and talk to us. What if the students never spoke to an adviser or a professor other than in the classroom. That is what most students do. I remember one student who ignored my email … and I was her dean… when all I wanted to do was connect, as her dad and I had been in high school together. She did not have any issues but she could have had a friend and advocate if anything had ever emerged.

There is this fear or stigma about talking to advisers, deans, therapists, professors, tutors. All the people who are paid, through college tuition, to be helpful. But here are some stories about what can happen if you actually do become an active and visible part of the college community. Or at least what can happen if you ask for help or use the folks there to advise.  They are all stories about finding your path by hearing what others think of you—see in you – in a good way. 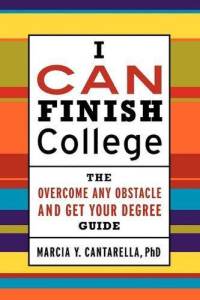 Leon, in a huge public university, became part of a program meant to enhance the experience of young men of color, who often drop out or underperform largely because of isolation, not because they lacked the capacity to do well. Leon was brilliant and had several interests. But he felt he had to make a choice of one and that it should be a practical choice. But as I talked to him I realized that he was a classic interdisciplinary thinker. I am one of those too. We love connecting the dots between disciplines and ideas. The school had a special program for folks like that. He did not know that. But I did and pushed him to apply and got the deadline extended so he could. He got in and there was even a course offered for students in the program that fit exactly the areas he cared about. It happens that the fields he loves include technology. He has now completed a fully funded Masters degree program and has a product under development that someday could make him very comfortable. But it would not have happened if he and I had not talked and I could learn about what he loved.

Another young man Emilio, thought he would also pursue a practical career path because his family needed stability. So he thought he should study physical therapy and to do that had to take chemistry and psychology. One of his professors found that he had a knack in the lab. And so we persuaded him that he should try to be part of a summer research program at Columbia University. He was hooked after the summer. His professors and several of us administrators saw potential in him that he could not imagine. Today he has a doctorate and is a specialist in ocular psychology. And he has a family of his own.

Crisa, was heading to nursing school but was also an amazing student leader and gradually rose to head the student government and many other significant and high profile positions of leadership. She had a stellar GPA but could not see herself doing anything but nursing. However, many of us saw the potential politician and advocate in her. She is now applying to law schools and working in public service.

Eduardo was about to drop out or at least change schools. He was struggling in pre-med classes, doing two jobs and not doing particularly well. His girl friend sent him to me as he was on the cusp of leaving. He turned out to be talented but needed a break from all the work—especially the two jobs. So we found funds meant for students in his situation, with too many jobs and not enough time to study, as well as a summer internship to try some new fields that might be a greater fit.  We talked a lot about what he was experiencing as he went along. Med school went out of the window but he earned a degree in social work which has enabled him to serve the mental health needs of a population in great distress.

There are hundreds of thousands of stories that anyone who has been a dean, professor, or adviser can tell. But the common theme is that these students somehow found their way into our offices, very often at a crisis point, and we were able to help them see the potential that we saw in them and then to guide them to pathways and resources that would get them to places they had not been able to envision for themselves and futures that are beyond their wildest dreams.

Students who isolate themselves, going to class, maybe the library and then to home or job (both of which may themselves limit one’s horizons) lose out on some of the best resources colleges have to offer. The people there who through a combination of their own personal experiences as well as training and time with hundreds of students, can see what is possible for the student in front of them. It may mean helping to get over depression, or persuading a parent that the new path is the right one, or connecting the student with resources they were not aware of. But for students silence is not golden. It is said that the people with the greatest net worth have the greatest networks. The place those networks—often lifelong ties—begin is in college with someone put there to be useful to the students we serve and whom we see, maybe more clearly than they see themselves.

And as a final note, there are now many students whom I knew long ago but that I can call upon now to become mentors, speakers and advisers—seers– for a new cohort of students on the same journey with the same fears and unknowns in front of them. So the cycle of isolation ends with winners all around.

Marcia Y. Cantarella, PhD, Author of I CAN Finish College: The Overcome Any Obstacle and Get Your Degree Guide, Consultant for All the Difference PBS Documentary, How to Learn Expert Contributor and consultant.