“The key to this business is personal relationships.”

Personal relationships have been the hallmark of college recruitment.  Thirty years ago, I cut my teeth in the world of enrollment management as an admission counselor at Fordham University.  I joined the throngs of young counselors seeking to establish relationships—to build connections—between students, ourselves, and the colleges we represented.

Over the ensuing years, the arms race for ever-larger applicant pools, the never-ending race for better rankings, and the break-neck and accelerating speed of technological advances has left the world of college recruitment in a maelstrom—a world in which I lived until recently leaving my position as Senior VP for Enrollment at Suffolk University.

There I was faced with the unending questions of where to invest recruiting resources.  I continued to use large sums to generate my inquiry pool. The sizable print-budget I had was in direct contrast to the prognosticators in numerous enrollment conference sessions in the early 1990’s that proclaimed print was dead.  Bringing on a fantastic and powerful CRM tool enabled me the opportunity to message and track better than ever before, and I had more innovative technological tools that I was tapping into to ‘catch up’ with where students were living:  the fascinating and tangled web of Generation-Z.

Gen-Z.  Never before has a group of young people approached the world with such skepticism (which I think is largely a good thing).  They have been marketed to more aggressively both overtly and subtly than any group prior. To be sure, we in the college realm have adopted many of these overt and subtle methods to appeal to students.  Perhaps because of this, they are wary of marketing that makes things look perfect. They know life is not. They possess a sixth sense for the real, the authentic.

At the same time, these students are veritable sponges of content: 10 billion videos per day are viewed on Snapchat and over 80% of consumer internet traffic is forecasted to be by video in 2020.  On a more granular level, according to Sparks & Honey, an average single member of Gen-Z watches 68 videos per day across multiple social media platforms.  Amazing stuff.

Gen-Z are more highly influenced by their peers than prior generations. In a rather sobering note, according to an Awesomeness and Trendera survey, 55% of Gen-Z are more comfortable connecting with people on-line than in person.  John Dunne wrote that “any man’s death diminishes me because I am involved in mankind”.  I can only wonder, if he were a member of Gen-Z, how fortified he would feel as he gained new followers on his Snap/Gram accounts.

In the midst of all this, where are the personal relationships that were central to college recruitment?  Where is that singular thing or conglomeration of things that makes a student realize “this is my community, this is where I belong”?  Do those relationships still matter? I firmly believe the answer is “yes—more than ever”. What’s different is where they are established.  I believe that place can be within social media, that most tangled of places.

Social media is an unbridled arena of shared thoughts, ideas, likes, memes, posts, videos, and comments.  Almost everyone has a presence in these networks: organizations; corporations; government entities; and of course, colleges and students.  And within these networks, there is a compartmentalization. As AdWeek pointed out, Gen-Z uses different social media outlets for different purposes:  Instagram is where they showcase their aspirational selves; Snapchat is the place for sharing real-life moments; Facebook is where they glean information (or in my case, for my daughter to communicate with her parents!).

How can the energies that bring vitality to these social media networks be focused to build and support the relationships that I and my admission colleagues sought to develop when we became admission counselors?  How can we translate that very real student need and desire to authentically relate to others into successful student recruitment supported by the social media paradigm?

As the next generation of admissions counselors adapts to use these networks and spaces both authentically and effectively, I think we will see the power of relationships manifest even more profoundly.  These relationships will look different than those of decades past; yet, their impact will be even stronger. Through them, we just may see magic happen. 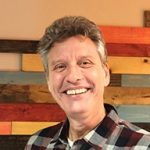 Mike Crowley is the Vice President of Outreach at ZeeMee, an app-based social media platform on which prospective students engage with colleges through the curation and sharing of authentic video. He has over 30 years of experience in the world of enrollment management including roles at Fordham University, Drew University, Elms College and most recently as the Senior VP of Enrollment at Suffolk University in Boston. He has a passion for exploring the trends and supporting research behind Gen Z behavior, especially as it relates to their engagement in the admissions process.