So many parents and teachers continue to look for the best ways to teach teens and pre teens about social media so we thought a bit of data may be useful, along with these tips.

A new Census Bureau study out this week* found that young people who get over seven hours of digital screen time per day are twice as likely to have depression or anxiety – and 20% of 14-17 year olds spent this much time or more on their screens.

Unfortunately there’s no official set of guidelines parents can use to set screen time for their kids or even introduce them to social media.

Enter Priya Rajendran, a software engineer and technology veteran who lead the team that built the PayPal Wallet, and is a Director of Product Innovation and User Experience at Ford. She’s also the founder of S’moresUp (smoresup.com/), a free app that helps families manage every aspect of parenting straight from their mobile phones. 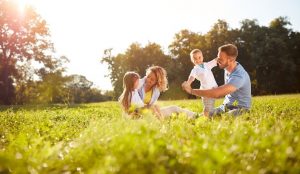 Based on her 20 years of work as a technologist and helping families manage their day to day lives online – and after introducing her own preteen daughter to social media  – Priya thinks parents must create a detailed plan of action before introducing kids to social media.

So what  skills should parents teach their kids?

* BE AWARE OF INFLUENCERS AND #SPON

Your kids will be unknowingly exposed to advertisements, especially from personalities they admire. Explain the concept of promotional posts, and show them how to tell if something is trying to influence you to buy something.

Differentiate between friends they know in real life and people they have never met. You might set rules like they can only friend family members initially, until they are 15. Explain the danger of adults who might pose as kids to harm them.

Kids don’t understand the permanence of social media, and that comments and photos are part of their online reputation for life. Teach them to carefully think about any photo or update they share; to avoid posting something in anger; or to check with you if they are unsure. Explain the danger of screenshots.

Show them social media isn’t all games; teach them about the usefulness of social platforms for adults, like how they’ll use Linkedin once they start college

Social media usage has the potential to turn into an addiction. Teach your kids to set time limits for how long they will spend on their social media apps so they get in the habit of putting their phones down for their own mental health  – significantly less than 7 hours. Lead by example and set limits on your own screen time.

Priya Rajendran is a software engineer and technology veteran who loves helping parents discover the best ways to teach teens and pre teens about social media. She’s also the founder of S’moresUp (smoresup.com/), a free app that helps families manage every aspect of parenting straight from their mobile phones.