Is Physical Discipline Harmful to Kids

If you are a parent asking is physical discipline harmful to kids, then the American Psychological Association’s new policy statement shows that it very well may be.

Scientific evidence demonstrates that physical discipline of children by parents and other caregivers can harm children’s mental health and possibly increase their propensity toward aggressive behavior, according to a resolution adopted by the American Psychological Association.

Instead, alternative forms of discipline that are associated with more positive outcomes for children – such as reasoning, time out, taking away privileges, warnings and ignoring misbehavior — are recommended. 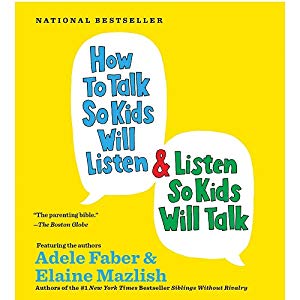 The resolution notes that children learn from the behavior modeled by their parents, “and therefore physical discipline may teach undesirable conflict resolution practices,” according to research.

There is also evidence that physical discipline by caregivers can escalate into physical abuse.

It was reviewed by relevant APA boards and committees before being put to a council vote.

The resolution commits APA to raise public awareness and increase education surrounding the impact of physical discipline on children and the effectiveness of other methods. It calls on APA to promote culturally responsive training and continuing education regarding alternative discipline strategies and their effectiveness.

And it directs APA to support funding for research in the United States and other countries on the factors that underlie why some parents support and rely on physical discipline.

“The use of physical punishment on children has been declining in the United States over the past 50 years,” said APA President Rosie Phillips Davis, PhD.

“We hope that this resolution will make more parents and caregivers aware that other forms of discipline are effective and even more likely to result in the behaviors they want to see in their children.”

The resolution was accompanied by a supporting statement citing extensive research into the use and outcomes of physical punishment on children.

“Research instead suggests that physical discipline is not better than other discipline methods, nor does it serve to enhance the positive outcomes parents seek, such as conscience development or positive behavior and affect.”

While cultural and religious differences in attitudes toward and beliefs about physical discipline may contribute to its use, the harmful outcomes are the same, according to the research. Parents need to consciously ask themselves this question: is physical discipline harmful to kids?

Positive parenting skills – such as modeling orderly, predictable behavior, respectful communication and collaborative conflict resolution – “are more likely to yield desirable behaviors and to foster a more positive and supportive family environment,” according to the supporting statement.

The supporting statement noted the limitations surrounding research into physical discipline, noting that it is unethical “to randomly assign children to a condition in which they do or do not receive physical discipline from the moment they are born.”

However, recent work has used strong research designs using multiple methods and has examined diverse samples. “Thus, findings from these methodologically rigorous studies show that parental physical discipline use can be detrimental, and conversely that other forms of discipline promote positive child behavior over time,” it says. This is why it is important for parents to ask is physical discipline harmful to kids or whether their are better methods to create long term good behavior and choices in kids.

In addition, international agreement about the ineffectiveness of physical discipline has resulted in many countries banning the practice in all settings.

It is a positive step forward in raising healthy, well-adjusted kids and shaping their behavior. Again, if you are a parent, take a moment to ask yourself – is physical discipline harmful to kids and is there a better way.

Through its divisions in 54 subfields of psychology and affiliations with 60 state, territorial and Canadian provincial associations, APA works to advance the creation, communication and application of psychological knowledge to benefit society and improve people’s lives.