If you are like any of the millions of adults in the U.S. that currently suffer from depression, or an anxiety disorder and experience racing and panicky thoughts, or the tens of millions who are vulnerable to destructive moods, I want to share how to change these 6 thought patterns to overcome depression.

Your pattern of thinking—the thoughts you regularly invest in—has a big impact on your mood.

Ever since the cognitive revolution of the 1950s and 1960s, it has been well established that certain reflexive ways of thinking about self and the world—sometimes referred to as “cognitive errors”—are a primary cause of depression.

There are six common thinking patterns that fuel depressed moods and other nemeses to your emotional well-being.

While the following list is not exhaustive in nature, it encapsulates the majority of cognitive beliefs and unhealthy thinking patterns implicated in chronic mood problems.

When you become mindful and change these 6 thought patterns, it can truly help guide you to new thoughts and overcome depression.

With this cognitive error the world and self are viewed as either all good or all bad.

There is no gray. You are a success or a total failure. Your life is either good and worth living or completely miserable and worthless, with nothing in between.

Interestingly enough, the people I know who tend to commit this thinking error, at least in the context of depression, rarely experience the all good side of the equation.

If the all good side of the pendulum is experienced, it is short lived. Most of the time the person is stuck in the all bad camp, which feeds a depressed mood.

Much of the time this all-or-nothing thinking gets expressed in the form of perfectionism. These individuals believe or feel they need to be perfect. If perfection is attained then they get to experience being all good.

One minor slip up, however, drops below the perfectionistic standard and is experienced as total and complete failure. Any instance when they’re not perfect often reveals a damaged self-concept—a deep feeling that they are less-than and worthless. The drive toward perfectionism is their attempt to cover up this wounded self and keep it at bay.

You can see, however, why perfectionism is problematic and changing it can help overcome depression. You’re setting yourself up for the experience of failure, which will only confirm the negative views about self. It’s impossible to live and perform perfectly.

And there are so many areas of life where measuring performance is highly subjective. How, for example, do you measure your performance as a spouse or a friend? In these domains, perfection is something elusive and unattainable.

But even in those areas that do lend themselves to measurement, such as grades in school or a performance review at work, you can’t always get a perfect score. Ultimately, you have to change the underlying assumptions that give birth to perfectionism and all-or-nothing thinking.

With overgeneralization you take one data point and make a global statement about your person or life, as if this one event speaks to “the way things are.” I had worked several months with a client who had a driving phobia. His greatest fear was having a panic attack and passing out while driving on the freeway. After two months of treatment he was back on the road with only mild anxiety symptoms.

Once in a while, however, the anxiety would be more pronounced. It wasn’t debilitating anxiety but it was unpleasant and more than he found acceptable. He was still able to drive and successfully manage the episode by using the tools he learned in therapy. But when referring to such experiences, which were becoming less frequent, he would say statements like “I will never be able to drive without panicking.”

The recent anxious event not only became exaggerated in his mind but it also spoke to a concrete fate that could not be changed. He thought to himself, I am doomed to be a highly anxious person.

This is a depressing thought. But it didn’t reflect reality. He needed to work on seeing and holding on to the successes and the other data points that did not conform to his negative view.

Overgeneralization is closely related to the next cognitive distortion.

With confirmation bias people see what they want to see. A filter is erected in the mind that is on the lookout for data that supports an underlying theory. A successful female executive grew up in a family where she was regularly “brought down to size.”

Because of her parents own immaturity and woundedness, my client was never allowed to be appropriately big in the world. It was never okay for her to be in the spotlight or be celebrated.

Instead her academic and athletic achievements, which were many, were experienced as a threat. Her gain was their loss. Under the guise of not wanting her to have a “big head” they made sarcastic remarks, relationally withdrew and shifted attention to the younger siblings.

As a result, the client internalized a powerful belief. “Whenever something good happens I get knocked down to size.” So when something good did happen she felt anxious and depressed, expecting to be knocked down at any moment. In an attempt to remove herself from the unbearable anticipation of the forthcoming attack that could not be identified, she was prone to generating situations that elicited the punishment she was expecting. It was her way of “getting it over with.”

When she had the experience of being unfairly “kicked” she would say, “When I feel good about my life something bad always happens.” In this statement she is skipping over all the other times, which are numerous, where nothing bad happens following a success or positive life event. This is the confirmation bias. It is latching onto data that fits your theory.

An important part of therapy was helping her see and encode the experiences of life that didn’t fit the storyline rooted in her historical woundedness. By doing so, it was part of the therapy to help her overcome depression.

Dr. Scott Symington is the author of Freedom from Anxious Thoughts and Feelings: A Two-Step Mindfulness Approach for Moving Beyond Fear and Worry. He is a licensed clinical psychologist dedicated to helping adults overcome worry and anxiety, negative moods, addictive behaviors, and other conditions stealing people’s joy and freedom. For more information, please visit, www.drsymington.com and connect with him on Twitter, @drsymington.

Part 2 of this article is found here. Change these 6 Thought Patterns to Overcome Depression 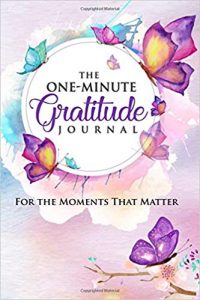 Related articles on mindfulness and how to overcome depression