I remember how much debt both my kids had in college and thus, millennials know the pain of college debt and save early for their kids.

Even with scholarships, both of them ended up with a combined debt from college and medical school of well over $300,000.

So, we are grateful that Jordan Lee sent over this article from his CollegeBacker website.

With millennials staggering under the burden of their own college debt, you’d think putting aside money for their kids’ education would be the furthest thing from their minds. But the opposite appears to be true.

The more painful their own debt load, the more likely young parents are to scrape together a few dollars to help their children avoid the same burden.

This is what we’ve seen with the parents finding their way to CollegeBacker. CollegeBacker streamlines the process of setting up a tax-free 529 college savings plan, allowing parents to start saving in about 5 minutes. 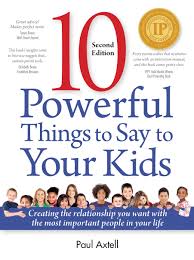 The majority of our savers have children age two or under, and 1 in 5 are creating college funds before their kids are even born. This sparked our curiosity. Are our customers atypical, or is our experience part of a broader trend? We also wanted to understand what was driving Millennials to start saving early.

So CollegeBacker conducted an online survey of 724 families to learn more about their experience with college debt and how it was impacting their approach to saving for their kids’ education. In case you’ve missed the flurry of apocalyptic news reports, the average student loan debt has tripled over the last 15 years to $28,650 per graduate, on average, according to the Institute for College Access and Success.

As expected, of those we surveyed, Millennials were 40 percent more likely to report a college debt that was “very” or “extremely” challenging compared to Baby Boomer parents.

Interestingly, the more severe their college debt challenges, the earlier our respondents reported saving for their kids’ education. Among Millennials who reported “very” to “extreme” college debt challenges, 67 percent said they were saving or planned to start saving before their child reached the age of 5, including 31 percent before their child was born.

In comparison, only 56% of those who reported moderate to no college debt challenges were targeting age 5 or younger to start, with only 8% aiming for before their child was born.

Millennial attitudes toward saving were also starkly different from Baby Boomer and GenX parents who did not face anywhere near the same level of debt and escalating college costs.

Baby Boomers were 2.5 times more likely to say there was “no need” to save for college and 50 percent less likely to start saving when their kids were young.

529 plans, which are offered by individual state governments and let parents to invest tax-free for college in a way similar to Roth individual retirement accounts, have been around for a couple of decades, and were expanded in 2017 to be used to fund K-12 private school tuition as well. 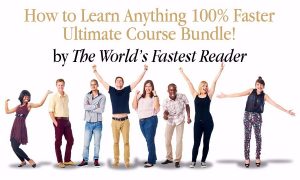 But polls show most Americans have not heard of them. Fortunately, awareness continues to grow along with total 529 savings, which topped $320 billion last year, or $24,000 per family.

And savvy parents are getting started earlier. We received so many requests from CollegeBacker customers for a way to save before their baby had been born, that we developed features specifically designed to make that process easier.

With CollegeBacker, you can get started saving for a future child even before they’re born or you have a social security number.

As bad as college costs are now, Millennials are aware that the situation is likely to get worse.

Over the last 20 years, the cost of college has grown 8 times faster than wages. Most analysts predict that costs will continue to rise to about $200,000 for a 4-year public school education and $500,000 for private universities over the next 18 years.

The good news is that if you start early enough, saving for college is not a herculean task. Most experts advise putting aside about one-third the projected cost of college. For many this goal can be achieved by saving $100 or $200 per child each month.

So it might mean swapping the daily Starbucks for a home-brewed cup of java, trading a gym membership for a daily jog, or cancelling the cable TV subscription, but for most families this goal should be achievable without major sacrifices.

In honor of 529 Day (May 29th) and to assist debt-strapped parents, CollegeBacker is offering prize grants of up to $529 to parents who open a 529 plan with CollegeBacker between May 26 and June 1, with every participant receiving at least a $29 grant. Details of the promotion can be found at CollegeBacker.com/529Day.

And if you can enlist family and friends to help out with a gift of college at your next birthday party or holiday – rather than another unwanted toy or item of clothing – the value of your savings could conceivably double or triple.

Jordan Lee is the founder and CEO of CollegeBacker, a startup tackling the college affordability crisis.

In just a few minutes, a parent can start investing in a tax-free college fund and enlist a team of supporters to contribute at birthdays or other events, or on a monthly basis.

Before CollegeBacker, Jordan founded a Y Combinator company, was a product leader at ClearSlide, and earned degrees from Harvard, Yale, and Princeton. He is the lead investment adviser representative at CollegeBacker and holds a Series 65 license.