How to Improve Long Term Memory

Do you want to know how to improve your long term memory?

With these three key memorization techniques, you can change how you learn as well as  improve your long term memory.

Your learning strategy will change based on your goals.

For example, some situations call for memorizing something quickly.

This could be if an exam is right around the corner, or it could be when studying straightforward materials such as vocabulary words. In other situations, the speed of memorization is less important than your ability to retain the information for a long period.

While OneClass can provide you with the class materials from which to study, these three memorization strategies can help you achieve long-term memory retention. 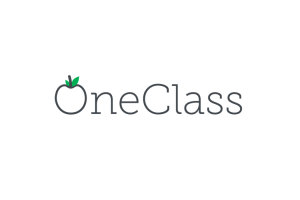 This memorization strategy is used by some of the world’s foremost mental athletes.

With this technique, students visualize a familiar physical space such as a house or a neighborhood. The mental image must be so strong that it’s easy to visualize its details and mentally walk through the space.

Then, the student uses the rich, sensory information of the “memory palace” to create an association with something he or she is memorizing.

For example, one World Memory Champion demonstrated how he would use the technique to memorize 44 U.S. presidents.

Using his house as the memory palace, he started in the front yard by associating President George Washington with the similarly sounding word “washing machine.” What a great way to learn how to improve your long term memory!

He then visualized the laundry spilling into a basketball hoop. For the second president, he broke down John Adams’ last name into the phrase “a dam,” and then he visualized a river dam along the side of his driveway.

The pairings of presidents with creative visualizations continued in order to create a mental picture that could be used during recall.

Researchers have been able to identify why this memorization technique is so effective as well as how to improve long term memory.

When subjects with high memorization capacity had a functional MRI brain scan, the results show strong activity in the brain areas that are associated with spatial memory. The memory palace technique leverages the strength of spatial memory.

To maximize long-term memory, it helps to slow down. Rather than zipping through homework assignments and classwork, studying slowly can help you build more lasting memories.

A Princeton professor started exploring this concept by having students use study materials that were printed in a difficult-to-read font. The result was a 14-point increase in test scores, from 72.8 percent to 86.5 percent.

Further research identified that the impact of the font choice was more than simply speed. In fact, the difficulty triggers a biological reaction. The struggle to understand causes a nervousness, which ultimately improves concentration. This helps the student to deepen the information processing.

To develop what’s known as “desirable difficulty,” the typographers created gaps within each of the letter forms that disrupt the familiar shapes while still preserving readability. Several variations of the typeface were tested, and the most successful one was effective at balancing difficulty with legibility.

Try it yourself by downloading Sans Forgetica or using it as a Chrome Extension.

Long-term memory is biologically different from short-term memory. Extending your learning over a longer period can help your brain make these lasting changes.

Researchers at Rutgers University have identified the relationship between the length of learning time, the persistence of a memory, and the number of cells in the brain’s hippocampus.

In fact, the best memory technique for learning over a long period is called spaced repetition. This method involves learning the material, forgetting it a little bit, relearning it, and repeating the cycle several times over. You can see how these strategies will show you how to improve your long term memory.

For example, if you were memorizing the elements of the periodic table, you’d begin by studying the entire set two days in a row.

Then, for elements that you remembered correctly, you can begin spacing the repetition to every other day.

These repetitive sequences function similarly to strength training at the gym.

Repeating similar exercises over time develops those muscles to be stronger. In comparison, spaced repetition can be thought of as strength training for your mental muscles. Use all the strategies to learn how to improve long term memory.

Jack Tai is the CEO and Co-founder of OneClass. Visit the site to find out more about how this online tool has helped 90% of users improve by a letter grade.