Before I put on my clinical hat and tell you lots of things I have found interesting about sleep research these days, I want to mention what some parents I have spoken with have told me.

They tell me that their kids have devices in their bedrooms and their children are getting good about not using them by a certain hour.

And my response is YES! AND … although this is probably true, once they hit the preteen and teen years and perhaps a boyfriend or girlfriend comes into the picture, or say another drama has really hit the road, or… – resisting devices can become impossible. (Not to mention they are tired so executive function, i.e. willpower and self-control goes down exponentially). 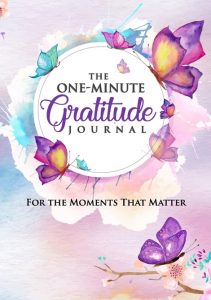 Use this mindfulness gratitude journal to look for the good in your life. Click to see the book on Amazon.

So if your child has any devices in their bedroom, even a teen, and sleeps fine with them—this is all about realizing that something will come up that will change that so doing the work to set up a sound sleep policy is a good idea.

There are several specific ways to help your child keep an electronic curfew.

Getting back into the new school year and on to regular sleep patterns is critical.

A major study showed that lack of sleep among our children has become a public health concern: 75% of teens do not get the recommended eight to 10 hours of sleep.

This can lead to higher levels of mental health problems, accidents, lower academic engagement and much more. But how to help our kids and teens get more and better sleep?

Leslie Walker-Harding, a pediatrician and chair of the Department of Pediatrics at the University of Washington recently told me, “Sometimes a sleep deprived teenager will appear just like they have anxiety, clinical anxiety or clinical depression and its sleep.”

Forty percent of teens say that most school nights they get less than seven hours of sleep and there’s a strong association between more screen time and less sleep.

Since 2012, when the prevalence of teens owning smartphones started to increase, the number of hours teens sleep has steeply decreased.

If there is one screen time rule I am absolute about in my house it is that personal devices stay out of all our bedrooms when we go to sleep. It has taken a lot of reminding, but many years in now, it’s a lot easier and there are very few battles with my teens around this rule.

The social interaction, stimulation, and draw of endless entertainment are of course a big reason why keeping tech out of the bedroom is a good idea, but the blue light that emits from these devices is a factor too.

This type of light has been shown that it can delay the release of sleep-inducing melatonin and can disrupt the REM sleep.

The most recent study I saw on this said it appears to only impact it by about 10 minutes but still that is something.

“This is an especially big problem for teens whose circadian rhythms are already shifting naturally, causing them to feel awake later at night,” the National Sleep Foundation says on its page about how blue light affects kids and sleep.

“The end result: sleep-deprived or poorly rested kids who have essentially given themselves a mini case of jet lag.”

Use this mindfulness gratitude journal to look for the good in your life. Click to see the book on Amazon.

Here a few questions to get the conversation started this week:

Delaney Ruston, M.D. is a Stanford University trained physician and creator of the award-winning film, Screenagers, about raising successful youth in the digital age.

One of the ways she is helping kids and their parents is to show them how to keep an electronic curfew to improve quality of life and health!

Over 2 million people have come out to public screenings of Screenagers in over 50 countries thus far.

As a known expert on this topic, Delaney is invited to speak at Google, The Aspen Institute, conferences, schools, and others, and her views are often in the press, such as Good Morning America, NPR, New York Times and many others. Examples of other films include Unlisted:

A Story of Schizophrenia, about her father and Hidden Pictures about global mental health.

Ruston has partnered with groups such as the World Health Organization in creating advocacy campaigns and has won several awards for her efforts.

Along with filmmaking Delaney currently provides medical care to the underserved and homeless, which she has done for over a decade.