9 Brain Facts Every Learner Should Know 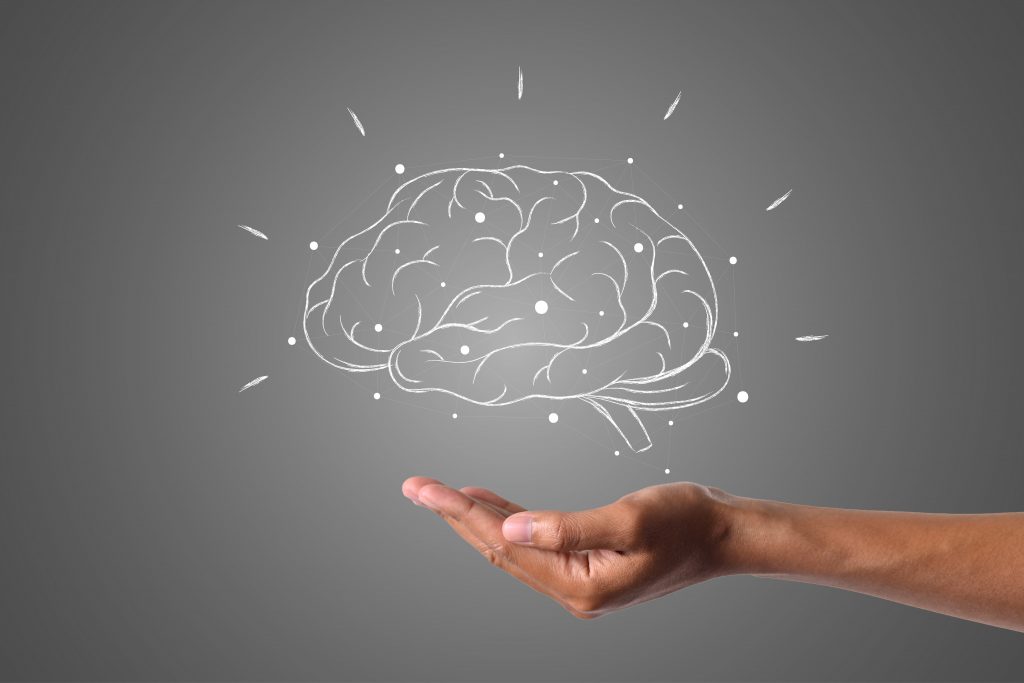 Have you ever tried assembling an intricate piece of furniture or using a new washing machine without reading the instruction manual?

You might get it done – or you might have to phone the company for a refund – but chances are it can be confusing, frustrating, and very time-consuming.

Many learners today face something similar when it comes to studying.

We expect that reading the right books, sitting in the right classes, signing up for the right seminars can teach us everything we need to know.

And when that doesn’t work, we start doubting ourselves and our ability to learn at all.

Over my career helping many students, of all ages, with learning strategies, I understand why.

Most people don’t know how to learn – in other words, how our brains process and retain information.

Neuroscience provides the answers I looked for every time I a student came to me asking for help.

Essentially, neuroscience is the instruction manual that explains how the brain works.

And by knowing a couple of fascinating and handy brain facts and busting down some popular brain myths that may be holding us back, we can fine tune our learning to process more, retain more, and learn more.

Here are 9 Brain Facts Every Learner Must Know

Before looking into the brain’s incredible learning and adaptability powers, and some popular myths about it that just are not true, let’s look at how exactly the brain works.

The brain has a vast number – think billions – of nerve cells, called neurons (more on this in a bit). These neurons consist of the soma (cell body), the axon, and the dendrites.

The neurons’ job is to receive signals from your sensory organs or other nerve cells, relaying them to other neurons, and then returning a signal to a part of your body to carry out a response. 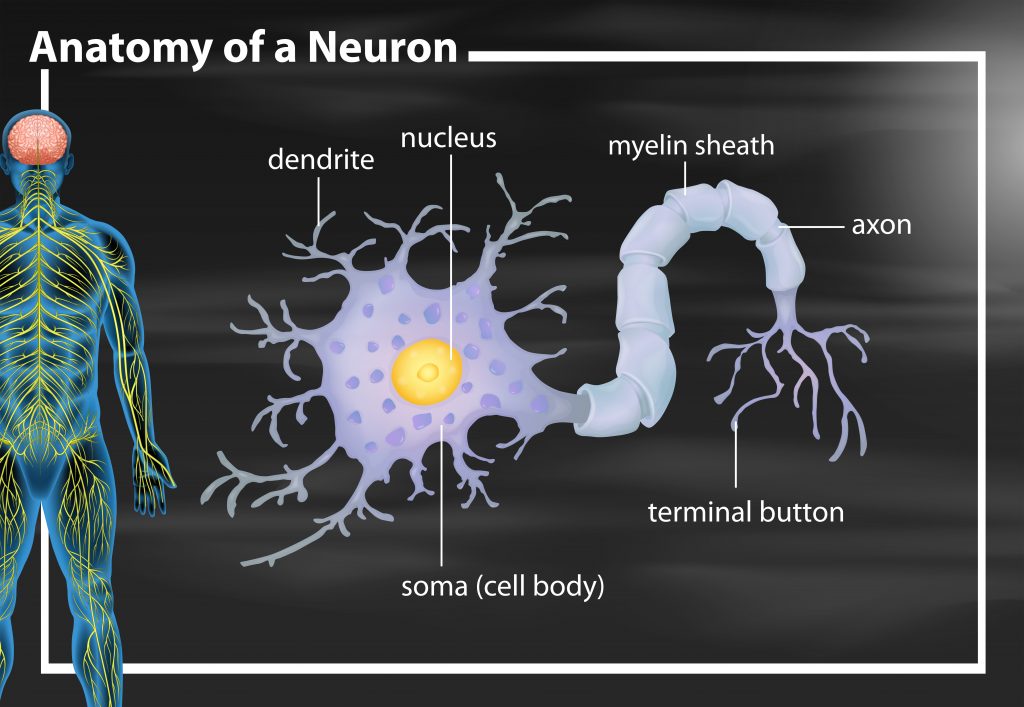 So, for example, if you’re about to touch something hot, just before you burn yourself, the nerve cells in your skin rapidly transmit warning signals to the neurons in your brain. These, in turn, issue a command to the nerves in your arm to jerk it back before you get hurt.

The information that the neurons receive is picked up by the axons. Excitatory information, i.e., information likely to trigger an action, comes in through the dendrites.

Neurons communicate with each other through electrochemical signals, which transmit through junctions called synapses.

There are a lot more technicalities involved considering how massive and mindboggling a structure the brain is. But now that we know some of the basics, let’s take a look at how the brain learns (and how it does not).

However, this does not have much scientific evidence backing it up.

Experiments studying the brain functioning of diverse groups of people have found that both hemispheres of the brain tend to work in tandem, no matter what their personality or the type of thinker or learner they are.

These findings don’t invalidate your creative thinking or analytical mind. It simply puts into perspective that saying you are right-brained or left-brained is not backed up by science.

The right-brain/left-brain stuff might just be a myth, but this does not mean your brain is just the same as everyone else’s. Recent research suggests that the brain activity of different individuals can be as unique as their fingerprints are.

A Yale University study involved creating “connectivity profiles” of over 100 individuals using fMRI. The results yielded indicated that individuals have specific characteristics in terms of personality and intelligence and suggested that these insights could “help individualize care for each unique person.”

So, in effect, people can stand out as individuals with their distinct traits and personalities just by looking at their brains. Pretty cool, right?

There are too many pop-culture examples to name, and all are guilty of perpetuating the idea that we only use 10% of our brains.

However, again, science does not back up this belief – in fact, it actively refutes it.

Modern technology and tools such as Positron Emission Tomography (PET) and Functional Magnetic Resonance Imaging (fMRI) have allowed neuroscientists to see how the brain works.

Assuming the 10% myth is true, the brain would mostly appear dark.

However, a healthy brain indicates activity across the entire brain. There is a lot for the brain to control, monitor, and regulate, like our breathing, body temperature, heart rate, even when we are asleep.

If we were only using 10% of our brains, we would be less human and more zombie; so, we can write this one off firmly as a myth.

And speaking of myths –

Have you ever read, in a textbook or online, about how the human brain has 100 billion nerve cells or neurons? It turns out, this number is 14 billion neurons too high.

Suzana Herculano-Houzel, a neuroscientist at Vanderbilt University, found herself asking where the figure of 100 billion neurons came from after she realized how widely people seemed to accept the 10% myth just because they had happened to read it or hear it somewhere.

Delving deeper into it, she discovered that counting the neurons of the brain initially involved dissecting a brain and then sub-sampling parts of it under a microscope.

This method would be acceptable if it were just about specific sections of the brain. However, since the distribution of neurons across the different components of the brain vary, this wasn’t the most reliable method of counting.

Instead, Herculano-Houzel came up with a different method. She dissolved a brain in a solution instead of dissecting it, and counted the nuclei of the neurons, which in turn led to the correct average number of neurons in the human brain, 86 billion.

14 billion less, but still a mindblowing number, right? And considering all the incredible things the brain is capable of – as we see in the following sections – the number makes sense.

You may think all those motivational messages telling you that you can do it if you believe in yourself are just empty promises. Neuroscience shows us that this is not the case.

Neuroplasticity refers to how the brain can adapt, or the process whereby the brain undergoes physiological changes as we experience new things and interact with our environment.

In other words, you can rewire your brain to adapt to and learn something totally new.

This “new” thing could be anything from learning a new language to picking up the violin, no matter when you start learning.

But it isn’t only limited to that. Neuroplasticity can help the brain recover from strokes and trauma. If one part of your body has impaired or loss of functioning, neuroplasticity is what helps your brain adapt to other parts of the body’s functioning to compensate.

For instance, a 2011 study found that for individuals who are born blind, the incredible adaptability of the brain allowed it to rewire itself to process sound instead of vision. Thus, these individuals can have highly enhanced hearing abilities, which make up for their lack of sight.

The 10% myth may just be a myth, but the 100% potential of your brain to adapt and forge new neural pathways and connections means the more you experience and connect to your external environment, the more your brain develops, grows and learns.

Chances are, you have been told at least once in your life not to waste your brain cells on some activity deemed useless when compared to studying.

I have a friend who firmly believed that every time she hit her head, she lost a bunch of irreplaceable brain cells.

But guess what? Brain cells are not finite, and they don’t just die away as we age.

The brain is fully capable of growing and replenishing brain cells, through a process called neurogenesis.

These brain cells, or neurons, which are heavily involved in our learning and memory, can continue to be produced into adulthood, contrary to previous beliefs that neuron production stops after we hit adolescence.

Neurogenesis is exciting news, not just for the lifelong opportunities for learning it presents, but also because of the opportunities it presents to help treat degenerative brain conditions like Alzheimer’s.

Let’s talk about something else that is neuroscience-backed – the brain’s two different learning modes.

Dr. Barbara Oakley, a professor in San Diego, labels these modes as the “focus” mode, and the “diffuse” mode.

She describes the “focus” mode as pinpointing what you want to learn with the bright, illuminating glare of a flashlight. When the brain is in this mode, it analyses, activates rational sense-making, seeks, and processes patterns.

On the other hand, the “diffuse” mode is when the brain is allowed to relax. The flashlight is off, so you don’t have something specific to hyper-focus on. This mode allows the mind to wander and allows other parts of your brain to activate and make associations.

If you have ever had a brilliant idea or a startling epiphany while making yourself a cup of coffee or taking out the trash, and you can’t imagine why couldn’t think of this earlier, this is why.

For optimum learning, the brain switches between the “focus” and the “diffuse” modes. During the former, your brain picks apart at the information, concentrating on the details and making sense of them.

During the latter, your brain subconsciously absorbs all this information, integrates it, and this, in turn, makes connections and associations organic and intuitive.

The implications of this are highly important for learning – you need to take breaks. A genius learner knows when to concentrate intensely on whatever they are studying, and when to take a walk, listen to some music, make themselves a sandwich.

Contrary to what a panicked mind desperate to finish the syllabus tells you, walking away from the books and practice exercises is also an essential part of learning.

Knowing how the brain works taught me how to improve my courses to teach better and have students retain what they are learning.

Memorizing and building memory are two different things. One relies on remembering material word for word without necessarily understanding anything, while the other focuses on consolidating learning and facilitating recall.

Neuroscientists have found, through neuroimaging, that for short-term memory to develop, existing knowledge in the brain must be activated. The brain seeks and recalls patterns, and constantly tries to make sense of new information by referencing what it already knows.

So, for effective learning, metaphors and analogies often work wonders. By inputting information that parallels something you already know – e.g., the “focus” mode being like a flashlight turned on – you are more likely to retain that memory.

By applying this to learning, you understand how to build better retention by recalling information. By making your brain work to recall what it had previously learned, those frequently activated parts of your brain get stronger — sort of like how you can train specific parts of your body at the gym.

Now that you have the instruction manual for your brain, and a better understanding of its inner workings, we hope you find these brain facts every learner should know truly helpful.

Which brain fact surprised you the most, and which ones did you know already? Which of these facts do you think can help you become a genius learner?

Drop us a line and let us know! 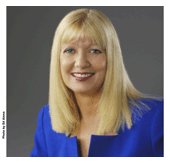 Pat Wyman is the CEO of HowtoLearn.com and America’s Most Trusted Learning Expert. She’s a mom, golden retriever lover and the author of more than 15 books including, Amazing Grades, Smarter Squared and The One-Minute Gratitude Journal: For the Moments That Matter. Her mission is ensuring that you become a successful, life-long learner. You are invited to take the FREE Learning Styles Quiz at HowtoLearn.com.