What is The Best Way to Interact with Autistic Children? (Sympathy or Empathy) 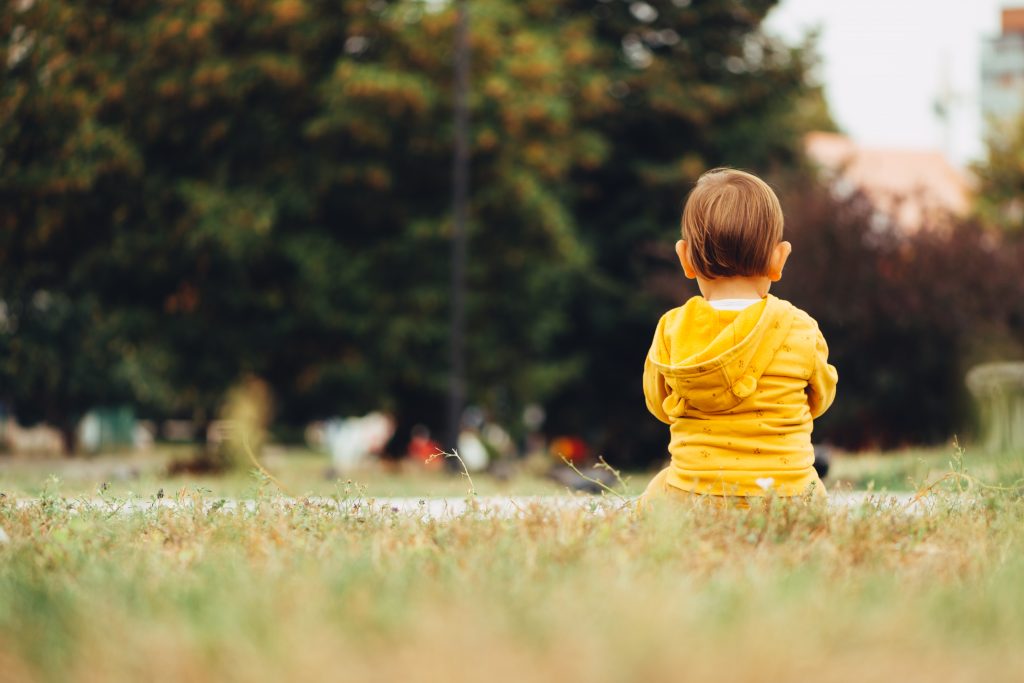 As the mom of a 53-year-old autistic son who is thriving, I learned that how I interacted with my son, Joe, made an enormous difference in his responses and in his motivation to respond.

The choices you make today, about how to interact with autistic children, can make all the difference in whether or not they experience success in their lives.

I learned that how I interacted with my son was the result of what I believed about him.

Choosing the Path Based on their Consequences 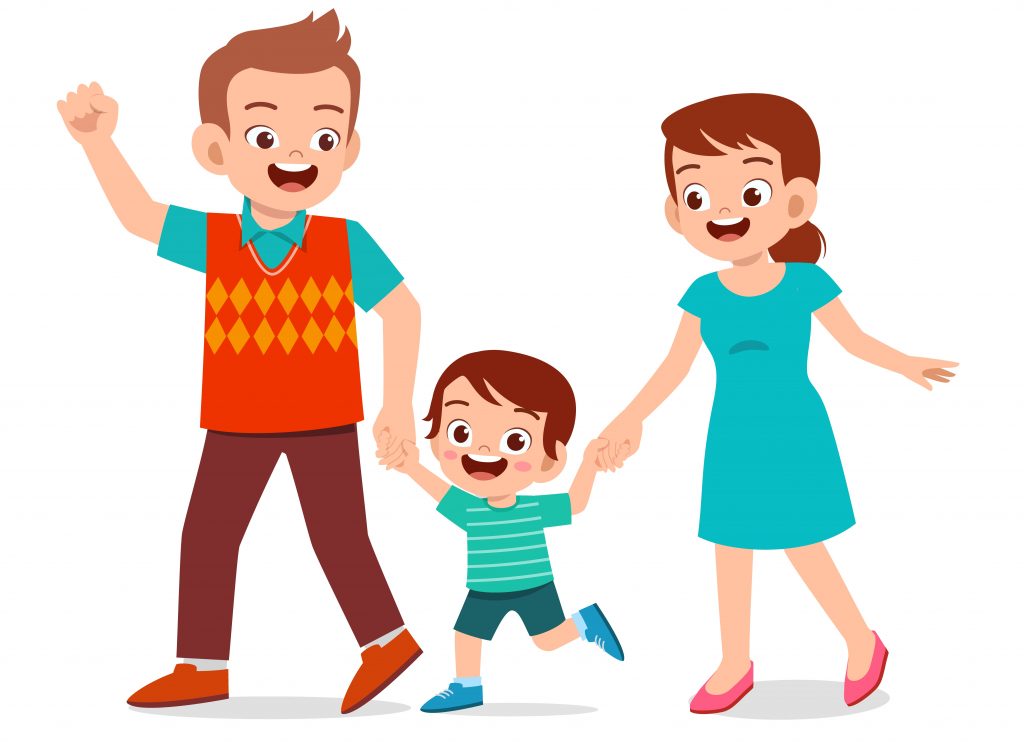 As a mother, I needed to choose the path that would allow my son to succeed in school and beyond.

It is Our Choice.

We can set our children on a path forward or on a path that turns into a downward spiral. 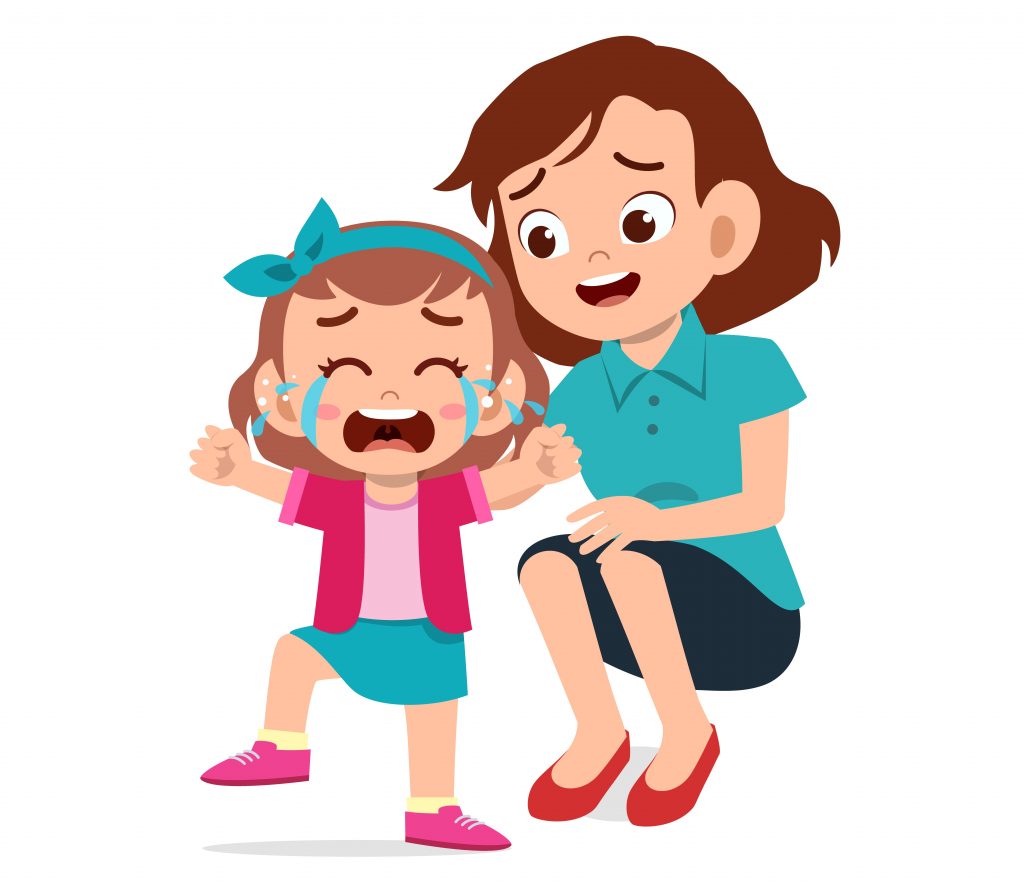 Our feelings are a complex, integral part of our humanity, but how we feel towards our children is vital to their successful future.

We can “feel sorry” for the child with a disability or difference.

OR, we can “feel with” them, having compassion to understand what they need. 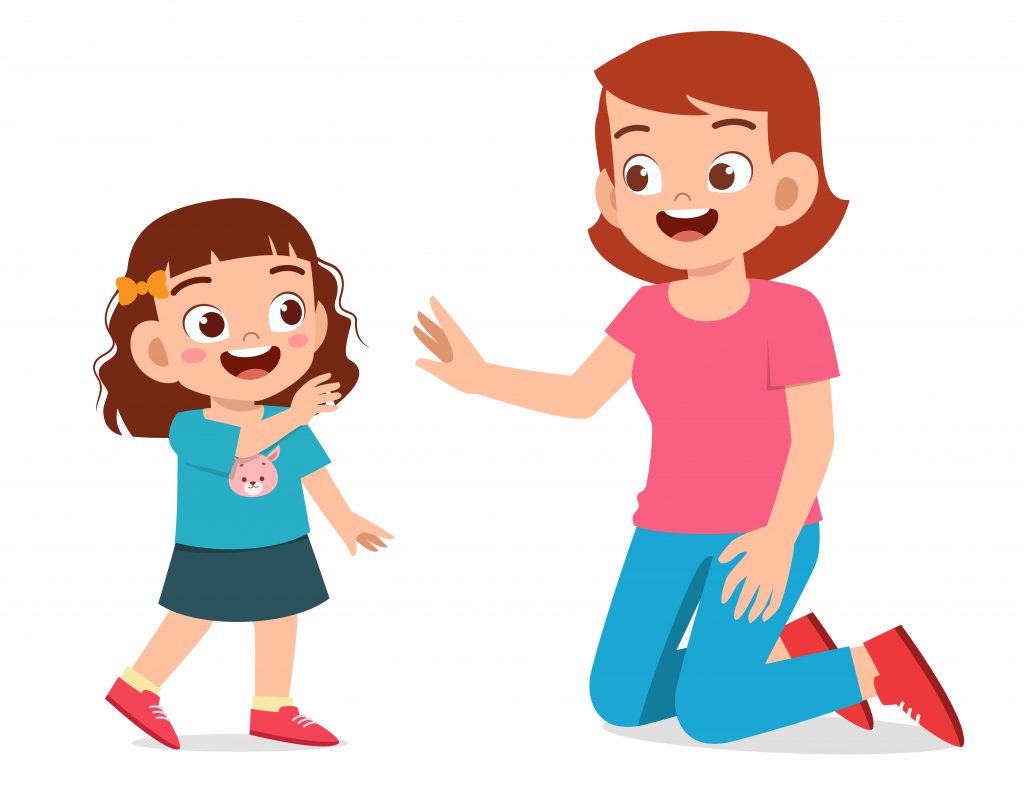 Here is how sympathy looks:

Sympathy, “feeling sorry for,” may help us to feel good about ourselves but many times leads to subtle lowered expectations.

In essence, sympathy can have life-long consequences as it can rob a child of opportunities and assistance to live life to the best of their ability.

Sympathy is not necessary for a child to be successful – understanding and guidance is. 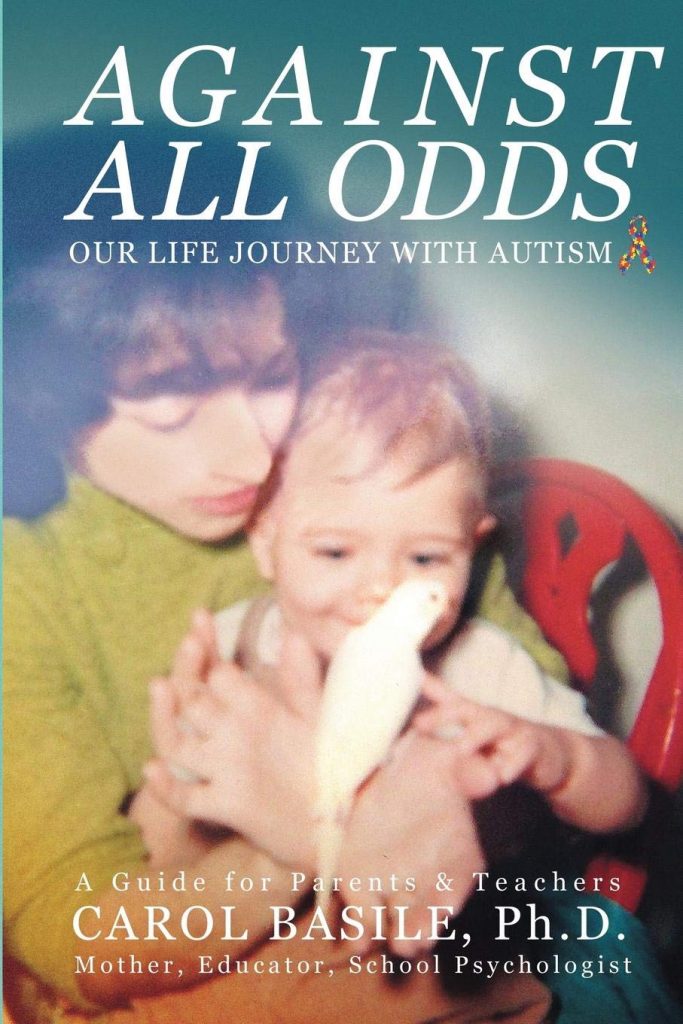 We can, however, choose to “feel with” the child, by putting ourselves in “their shoes” and understanding what they truly need to thrive.

It is through empathy that we view a child’s difference as a challenging opportunity and possibility for accomplishment rather than an excuse for a roadblock.

Choices as a Mom

As a mom, I became aware of how important knowing my son and what he was capable of doing and believing in him was when so many others did not.

The Offer of Sympathy

At 6 years old, when Joe got his autism diagnosis, people told me his differences would hamper him in accomplishing or achieving anything in life.

When Joe was 7 years old, his neurologist advised me to place Joe in an institution as he would be happier there as he was incapable of meeting the challenges of life.

My Different Perception of Joe 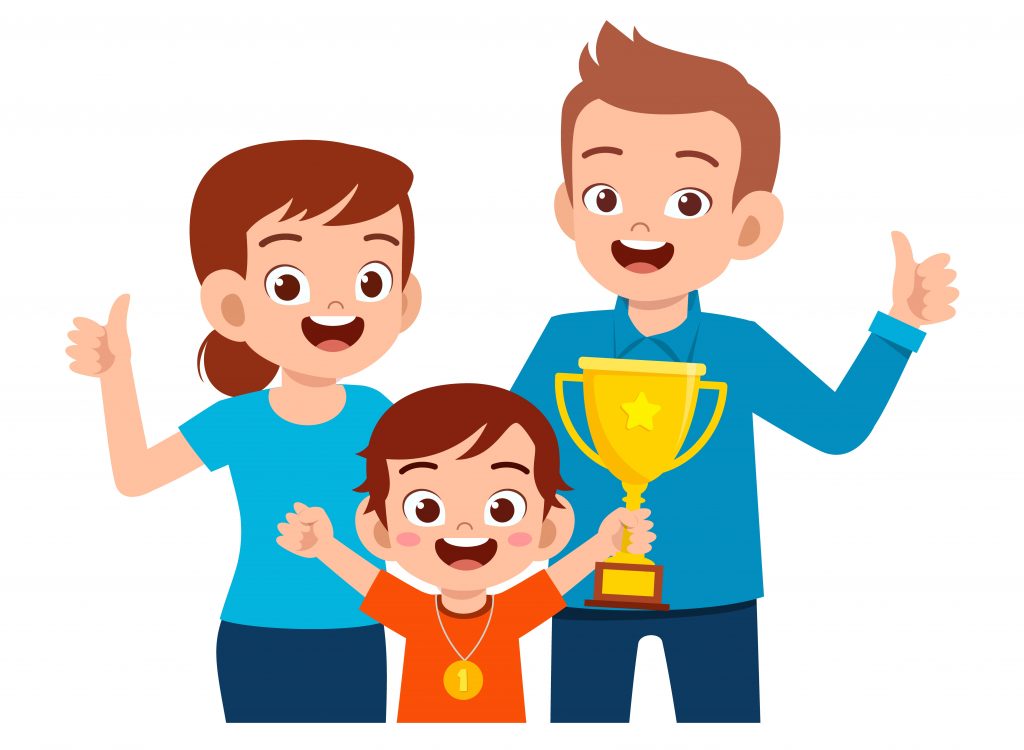 However, I knew Joe.

In those 7 years, I came to understand just how intelligent Joe was and how easily he learned.

I discovered what interested him (maps) and how I could use this interest area to get him to pay attention to me and focus on what I was saying or doing.

It was not that I dismissed the information the neurologist presented to me.

I took it to heart.  I grieved the weight of his medical opinion.

But I had a different perception of Joe.

This is because I saw Joe’s differences not as flaws in his ability to function or achieve but as more of a challenge than a reason to give up on him.

I did not feel sympathy for him.

Yes, Joe had difficulties, but I truly believed him to be a genius and treated him as a genius.

I chose empathy based on my perception of Joe.

Subsequently, I put myself “in his shoes” and provided what I believed he needed.

Today, Joe has a master’s degree.

This was the result of choosing empathy to interact with autistic children.

Choices as a Teacher 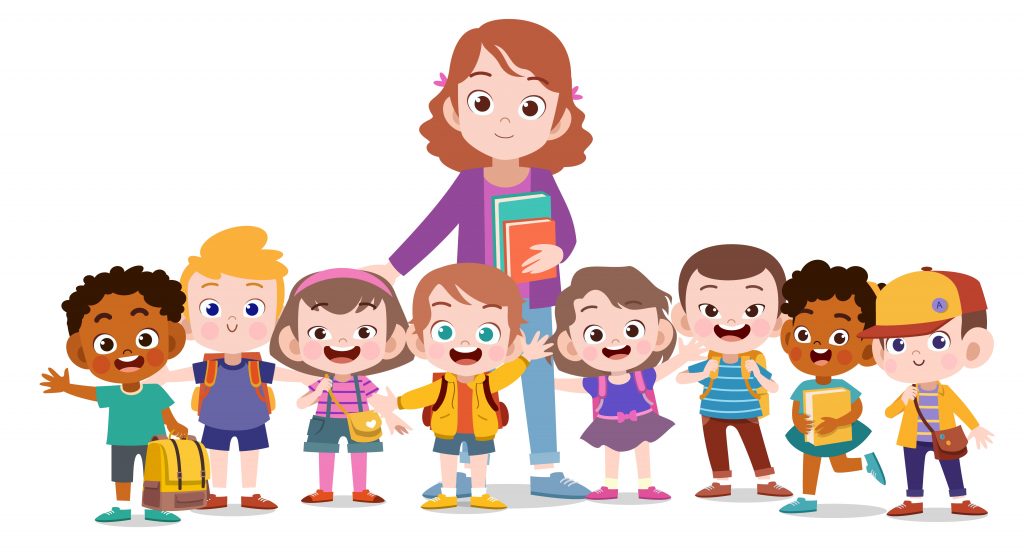 As a teacher, I realized that each and every student, especially my special needs students, needed teachers who believed in them.

Believed that they could function and achieve in the school setting.

As a teacher, I first observed autistic students, to discover what interested them as these activities would become the doorways to helping them function.

Then, I incorporated these activities into their daily classroom responsibilities.

When I made the most of their talents in the classroom, they felt motivated and accomplished more than even they thought possible.

By choosing how I interact with autistic children, I was able to encourage them on their learning journey.

How You Interact with Autistic Children in the Classroom 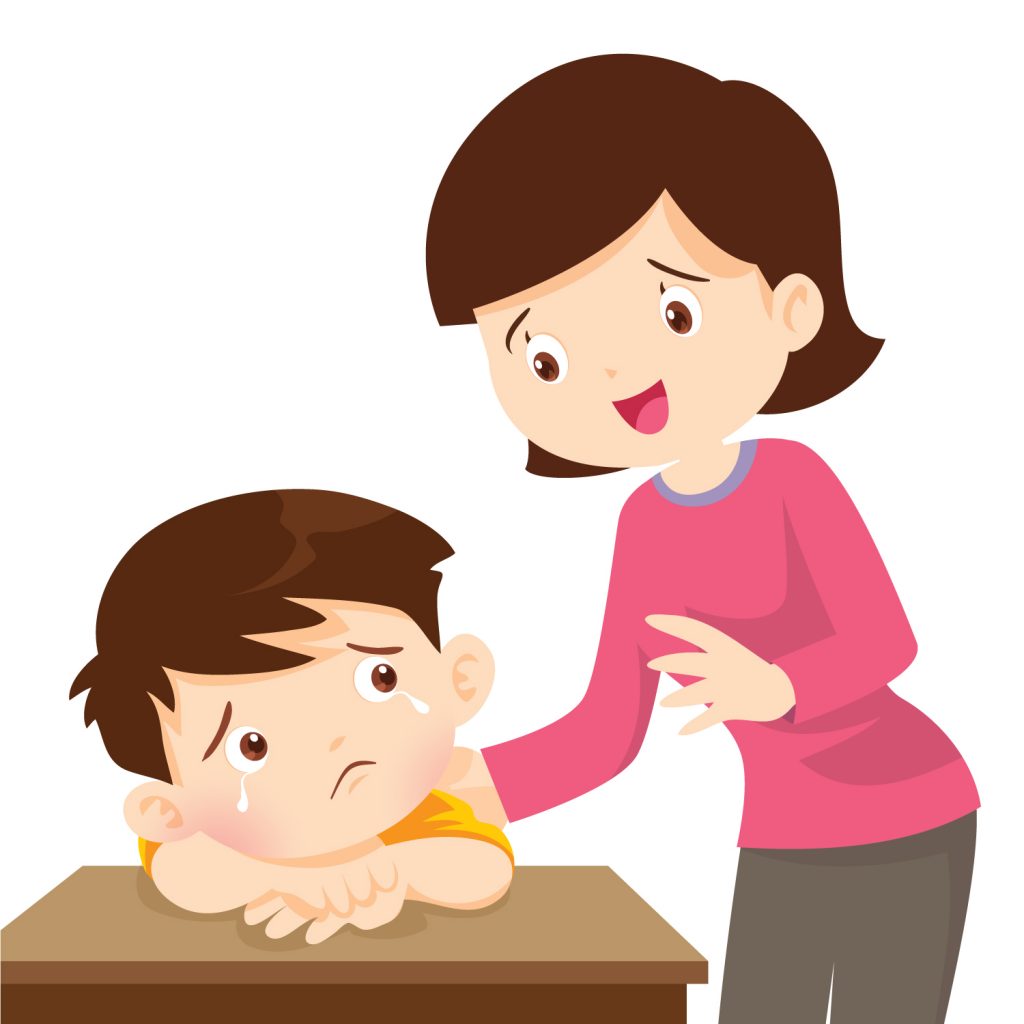 Recently, I had the opportunity to consult with a classroom teacher whose autistic student experienced meltdowns several times a week.

Believing that he was incapable of functioning in the classroom due to these meltdowns, the staff felt sorry for him and soothed him for years.

The staff was truly loving and caring toward the student.

But “feeling sorry for him” lowered their expectations, accepting the many meltdowns as inevitable and not requiring even the minimum of classwork from him. 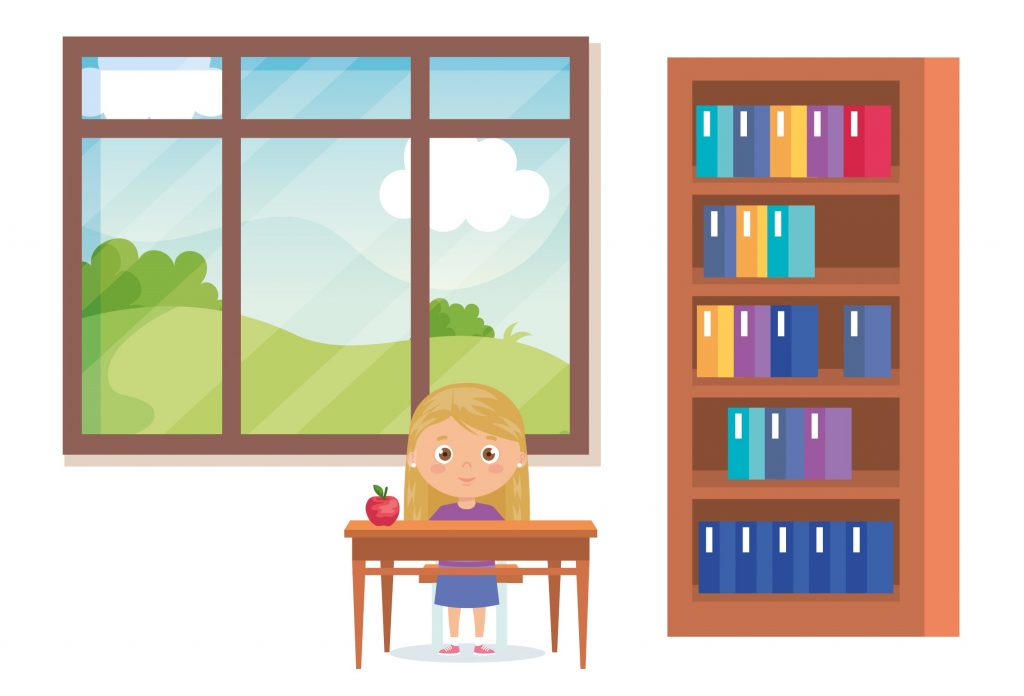 After observing this student, I realized that the typical classroom noise and activity overwhelmed him at times.

He needed a quiet place to calm down and gain control of himself.

We provided him a relatively quiet place, and he eventually learned to go to this place as soon as he began to feel overwhelmed.

Positive Consequences of Empathy in the Classroom 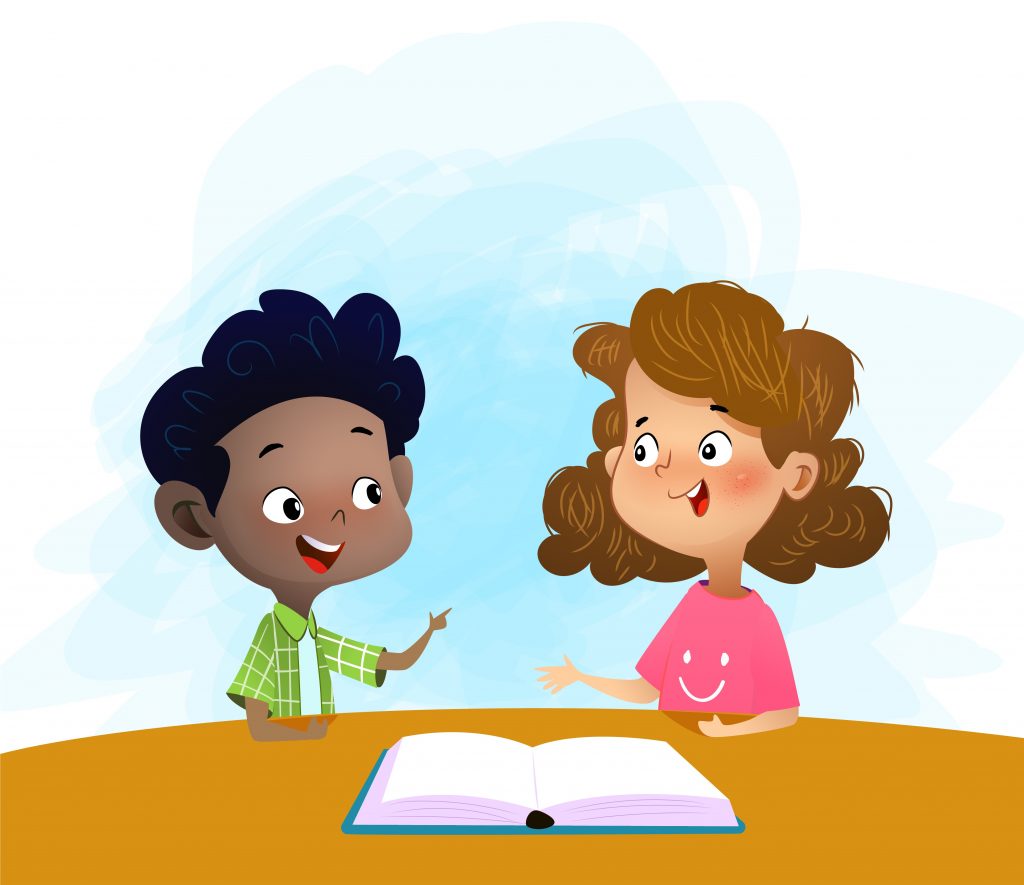 Once this student learned to calm himself, the teacher was able to discover that his understanding of computers was astounding.

The teacher, making the most of his talent, assigned him to be responsible for preparing the classroom computer for daily lessons.

He shined and felt proud to be one of the teacher’s helpers.

The other students noticed his computer talents and began asking him for help.

Through this type of interaction, he developed self-esteem, and his classmates formed newfound respect for him and his abilities.

His peers chose empathy, and began to perceive this student as capable; different, but capable.

By the end of that school year, this student received recommendations for the GATE program.

Long-Term Consequences of Lack of Empathy 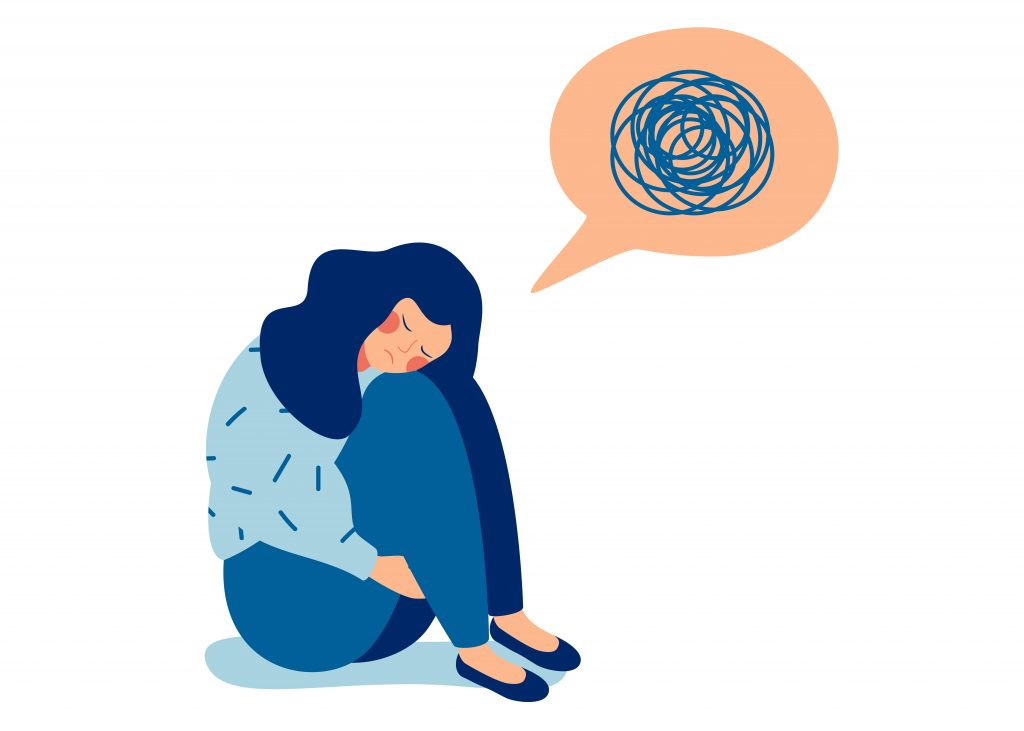 I’ve worked in the family therapy clinic with clients ordered by the Superior Court for years.

One thing I noticed is that each and every client, both adolescents and adults, thought badly of themselves and their life situations.

Most had difficult childhoods with unmet needs, low self-esteem, and low self-worth.

Consequently this, for them, led to conflict with law enforcement hindering their ability to have more productive lives.

Early in their lives, they had not experienced empathy, someone who “walked in their shoes,” realizing and providing for their needs and guiding them through their personal struggles. 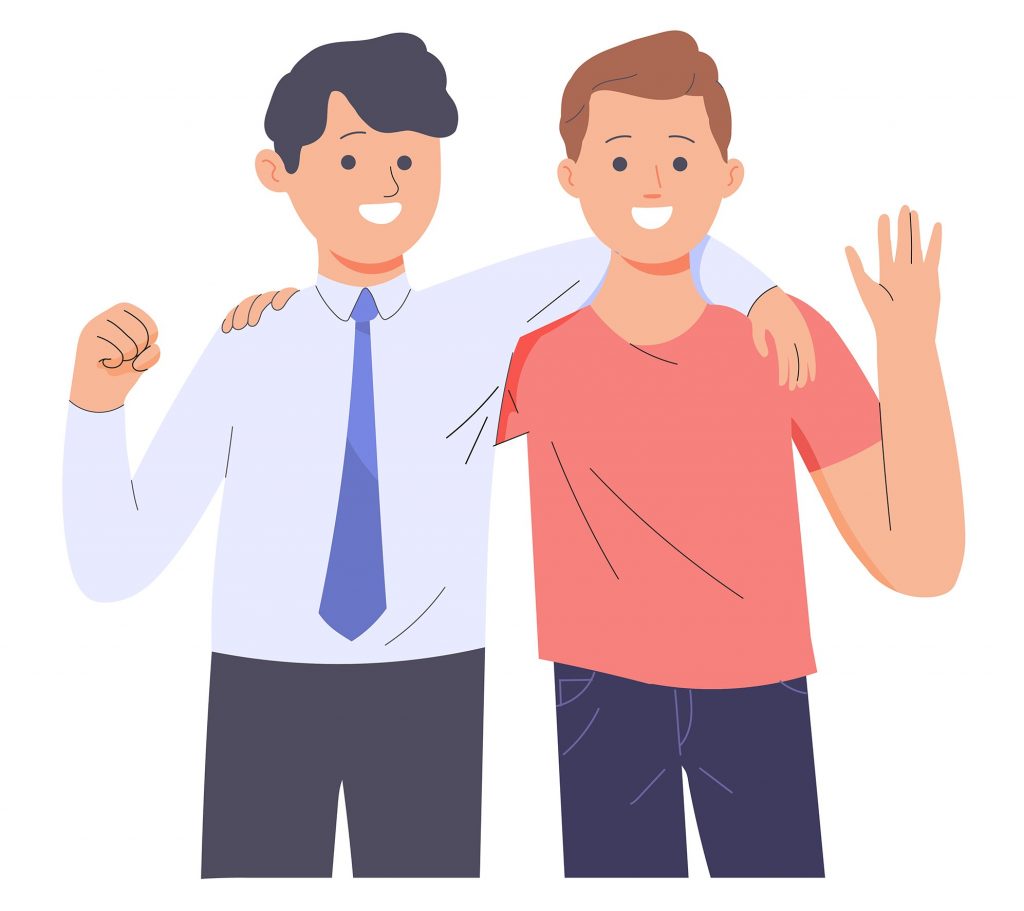 Through group counseling, many of my clients developed a more positive perception of themselves.

For example, a client I met at the clinic was in a job he hated and didn’t do well, was angry and acting out violently.

He got into trouble with the law and ended up in my group through a court order.

During our group counseling, he realized he not only thought poorly about himself, but those beliefs led him to make unfortunate choices.

Through group discussions and positive feedback from other clients in the group, he discovered what kinds of activities he enjoyed and was good at doing.

He made significant changes in his life based on this new perception of himself.

He was finally able to achieve what he needed: to believe in himself and his abilities.

The Book That Says It All 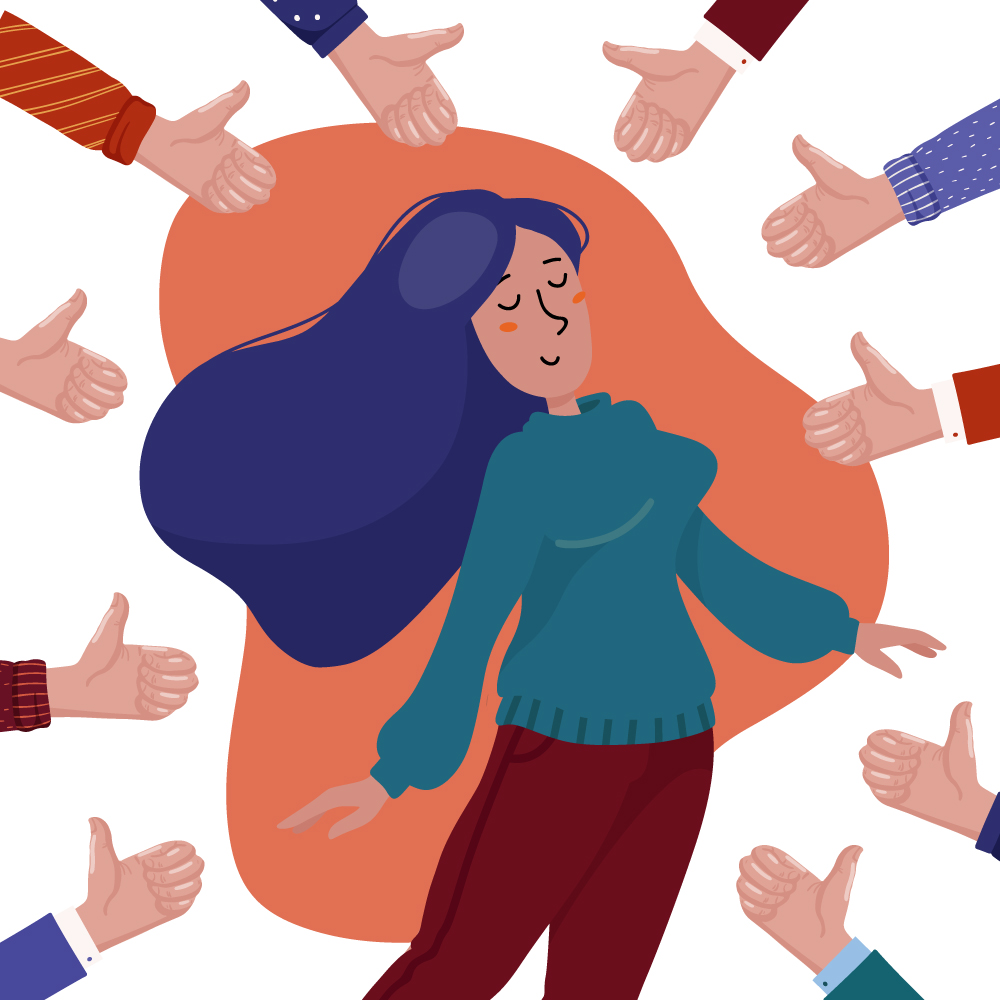 The Cracked Pot is the tale of a water bearer carrying two clay pots to the stream for water.

One pot was perfect in every way and carried a full load of water for the water bearer.

The other pot had a crack in it, causing water to leak from it as the water bearer walked from the stream back to the house.

One day, the cracked pot, no longer able to bear the guilt it felt for being unable to do its job well, apologized to the water bearer for being a failure and not fulfilling its duty.

As they walked back to the house, the water bearer told the cracked pot to look at the beautiful flowers that lined its side of the path.

A while ago, she had noticed the crack in the pot.

She had decided to plant flower seeds on its side of the path.

Because of the crack, she explained, the pot watered the seeds and provided the water bearer with beautiful flowers.

The water bearer found value in the pot’s crack.

She did not see the crack as a flaw but as an opportunity to bring beauty to her life.

We can choose to see people’s differences as flaws or as valued qualities.

It is a choice.

All the Difference in the World 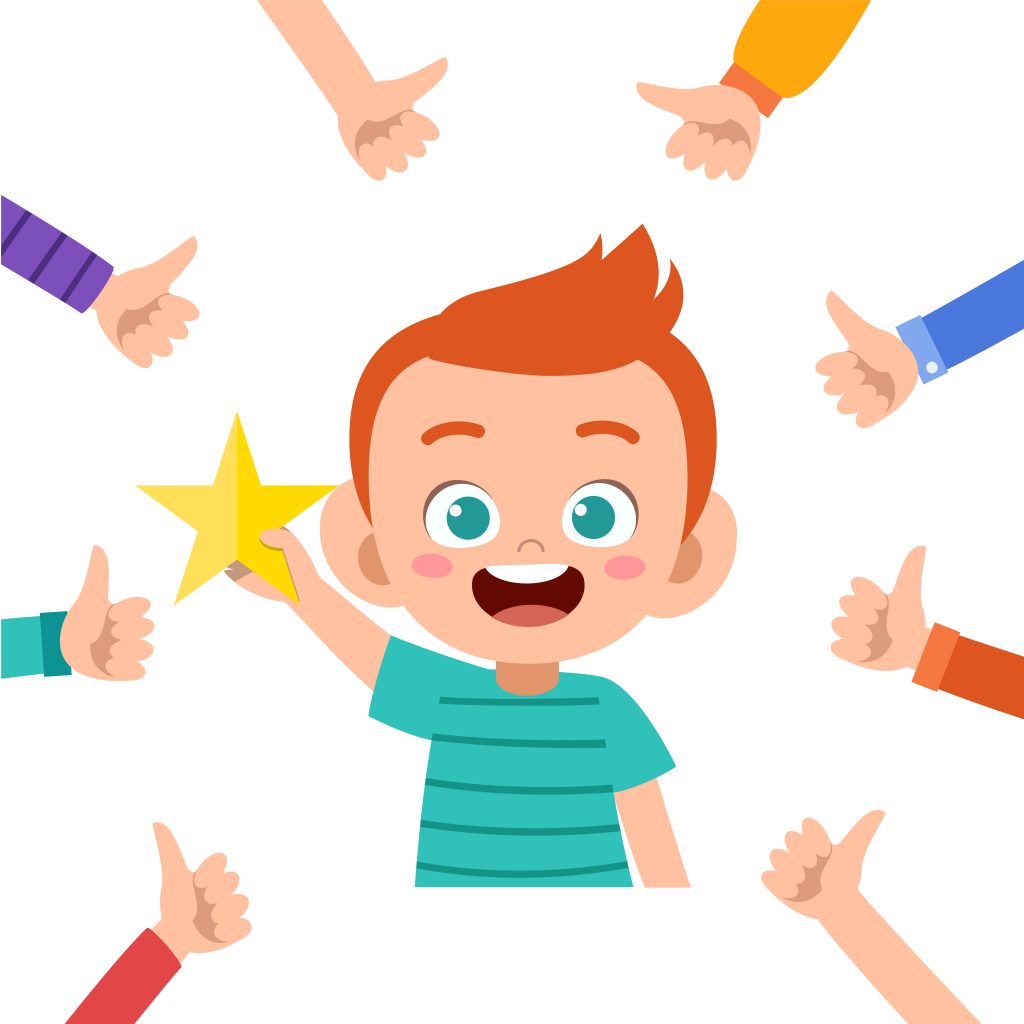 The choices of parents and teachers regarding their children and students have long-standing effects.

A child like a Cracked Pot may be misunderstood as broken rubbish or valued as an instrument to beautify the world.

This is part of human nature.

We can choose to focus on children’s flaws or their value, and choose to transform flaws into value.

Autistic Children: Diamonds in the Rough

Interestingly, we usually see the flaws of our autistic children and students glaring at us.

When we read about autism, mostly the list includes the social problematic characteristics such as social awkwardness.

That is focusing on the rough.

Even more interesting, we rarely see the diamond within the rough of our autistic children and students.

This includes gifts such as an incredible memory, supercharged parts of the brain, or the ability to pinpoint the problematic core of an issue.

We, as parents and teachers, can change that focus.

What I Have Learned as a Mom and as a Teacher 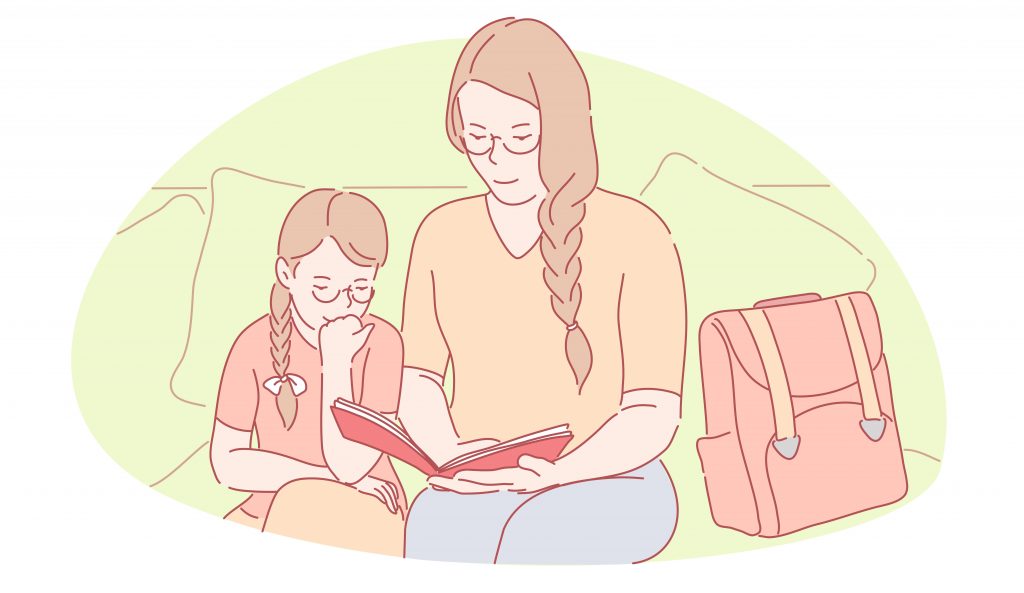 Parents and teachers can help society begin to focus on the value within the autistic characteristics.

We can do this in the home and the classroom.

We can polish the rough to allow the diamond to shine!

Our perception can make a difference.

Which path: Sympathy or Empathy?

We have a choice.

Which did you choose, and what difference did it make in your life?

Please leave your comments below and let me know. 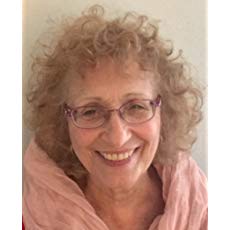 Carol is the mother of a 53-year-old autistic son.  She is an educator, school psychologist and parenting group facilitator.

She is also the author of multiple books including Against All Odds: Our Life Journey With Autism.

Carol has been in the field of education for almost 40 years.  She has had the opportunity to teach grades K-12, was a high school counselor and school psychologist and has specialized in working with at-risk children and adolescents.

Carol has facilitated groups at a local Orange County, California clinic. Here she worked with adolescents who had recently been released from juvenile hall, adults with anger issues. She also worked with parents who experienced custody difficulties during divorce proceedings or have lost their children to Social Services for a variety of reasons.