Strengthen the Mind and Body

Can These Fats Make You Smarter? Take The Omega Challenge!

How many did you check? If you checked even one of the above, it’s actually good news! For years, we’ve been told that fat is bad for us, but new scientific research have shown that essential fatty acids (EFA’s – the good fats) play an important role in treating all forms of degenerative diseases, including cancers. If these healthy fats sound like a “miracle”, it’s almost as if they really are. The National Institute of Health says Omega-3s (and omega-6s) are known as essential fatty acids (EFAs) because they are important for good health.   “Essential means you need to add them to your diet, as your body is not naturally doing so.”

(Medical disclaimer:  No information on this page is to be construed as medical advice or take the place of information from your physician or health care provider.  Please consult your physician and read labels carefully prior to taking any supplments).  These products are not intended to diagnose, treat, cure or prevent any disease.  Manufacturer’s label says: “Consult with your physician before using this product if your are pregnant, diabetic, allergic to iodine, using blood thinners, or anticipate surgery.”  Keep out of the reach of children.

Are You Familiar with Omega-3’s and EFA’s?

Essential Fatty Acids (EFA’s) are the building blocks for our bodies. These “naturally occurring unsaturated fats” are essential because they are not produced in our bodies, and so, they must be part of our every-day diet, like calcium and protein. EFA’s are a major structural component in cell membranes and are vital to many bodily functions including those required to build strong and healthy muscles.

Your BRAIN and your HEART are two of these extremely important muscles.

Due to our modern diets, which includes an epidemic of type 11 diabetes, and processed foods, we may have an extreme imbalance of EFA’s. This imbalance, revealed by several medical doctors, including Artemis Simonopoulous, M.D., author of the Omega Plan, could play a key factor in the development of many mental and physical disabilities and diseases such as Arthritis, Diabetes, Lupus, ADD/ADHD, Dyslexia, Autism, Intrauterine Growth Retardation (IUGR – from Pre-Mature Birth), Cancer, Tumors, Depression, Aggression, Bi-Polar Disorder, Hyperactivity, Macular Degeneration (Deterioration of the Eyes, the leading cause of blindness in older people) and many others.

The Balance of Omega-6’s and Omega-3’s

There are only two types of EFA’s: linoleic acids, commonly referred to as Omega-6’s, and alpha-linoleic acids, commonly referred to as Omega-3’s. Omega-6’s are contained in most vegetables and vegetable oils such as corn. Omega-3’s are contained almost solely in fish. Now this may not seem significant, however, consider the two categories of food and answer the follow question: Do you eat more vegetables or more fish, or do you eat an equal amount of each?

Studies show that a ratio of 2 to 1, preferably even an equal ratio of 1 to 1, Omega-6’s to Omega-3’s, is necessary to keep your body’s natural functions in balance. Unfortunately, studies show that the average American diet holds a ratio of 10 to 1; meaning that Omega-6’s far out-weigh the amount of Omega-3’s in our bodies.

This is simply due to the fact that the majority of foods we eat are cooked with vegetables and vegetable oils, not fish; and that it would be awfully difficult (not to mention expensive) to eat fish every day to make up for that imbalance.

The Benefits of A Proper Balance of EFA’s

Leveling out your Omega-6 to Omega-3 intake can help:

A proper balance of EFA’s can also help:

Have you or your child ever been labeled ADD / ADHD, Dyslexic, or Learning Disabled? Do you want to build a stronger brain, improve your memory, and increase your concentration? Getting a proper balance of Omega3 and Omega6 EFA’s has been shown to:

Scientists, Doctors, and Researchers world-wide are finding more and more benefits from having Omega-3 Fatty Acids every day. Pregnant mothers are being encouraged to increase their intake of Omega-3 during birth, newborn babies are benefiting from formulas mixed with DHA (long-strain Omega-3), children, teenagers, and adolescents find learning and maturing easier and faster, adults prevent stress and migraines, and the elderly are even reversing the effects of aging in many cases! You’ll even find Omega-3’s being added to your pet’s food! The list of applications is expanding constantly and new studies are constantly being published in numerous medical journals and research magazines every month.

Look online at the information from the Journal of the American Medical Association, Lancet, and other highly respected medical journals for more information.  Numerous new studies and their results on the benefits of omega 3’s and dha are reported regulary.

WASHINGTON D.C.–As part of the White House’s campaign to help make American’s Healthier, the White House’s Office of Management and Budget (OMB) sent a letter to Health and Human Services (HHS) and the U.S. Department of Agriculture (USDA) requesting the departments promote the consumption of Omega-3 fatty acids. OMB requested HHS consider incorporating this advice in its Dietary Guidelines for Americans, scheduled for a 2005 release, and that USDA update its 1992 Food Guide Pyramid with this recommendation.

“As you know, there is a growing body of scientific evidence, both experimental and epidemiological, that suggests consumption of trans fatty acids increases the risk of coronary heart disease [CHD],” wrote OMB official John D. Graham in his letter to HHS and USDA. “Both epidemiological and clinical studies find that an increase in consumption of Omega-3 fatty acids results in reduced deaths due to CHD. … We would like to set up a meeting with your agencies in the next few weeks to discuss this issue.”

Now the question is, “What do I do to balance my EFA’s?”

If you really enjoy the taste of fish, you could eat fish in quantities roughly equal to the amount of almost all other food you eat each week. Of course, the cost is very high in this situation. Finding the right fish for the job is also very difficult. There are many dangers to eating high quantities of fish, just like over-indulging in any other area (sugars, carbohydrates, etc).

Cod fish is considered to be one very abundant source of Omega-3’s. Unfortunately, the extremely high quantity of Vitamins A & D limit the amount of cod that one can eat due to the negative effects on your heart.

Salmon and herring is by far the most appetizing, and also a very abundant source of Omega-3s with less Vitamin A and D than cod. However, salmon is also very expensive.

Sardines are also recommended, however, sardines are a lot less appetizing for most people (an acquired taste really) and you would need to eat a larger quantity than cod or salmon to get the proper amount of Omega-3 in your normal diet

Tuna, shrimp, mackerel, clams, crab, flounder, sole, halibut and catfish have been shown to be semi-sufficient sources of Omega-3 as well.

Among other things, you must also consider where the fish youchose has come from. Many farmed fish (fish hatched in plastic trays and grown in tiny, unsanitary cages) will bring more bad than good. Take a look at the following article:

“If you buy salmon at the supermarket, chances are god that it doesn’t come from the sea, but from a fish farm. And farmed salmon is anything but healthy. Farmed salmon are hatched in plastic trays … crowded into unsanitary underwater cages … fattened with soybean pellets … dosed with antibiotics and pesticides … and injected with a synthetic dye that gives them their pink color. (Without the dye, their flesh would be an unappetizing, pale gray.) The fish-farming industry claims this provides a healthy food at a reasonable price. They also claim that it protects the wild salmon population from overfishing. But the facts show otherwise:

If that isn’t a difficult enough, you must consider the dangers of environmental pollutants now rampant in our modern age.

Researchers are finding many salt water fish are contaminated with Mercury which has a very serious effect on the human body, causing heart problems, deformities, and even death. Particularly shark, swordfish, squid, etc (deep-sea fish) have the highest concentrate of mercury, but even fresh water fish have been found to have trace amounts of mercury. Fresh water fish, as well, have been found to be inadequate due to a wide range of pollutants from major establishments such as cities and factories.

Generally, the only fish that we have found doctors to recommend are fresh water Sardines (and Wild Alaskan Salmon or Wild Alaskan Herring (expensive…)

How Expensive Could It Be?

The International Society for the Study of Fatty Acids and Lipids (ISSFAL), which is widely considered a center point for research on Omega-3 Essential Fatty Acids, suggests an intake of approximately 2000mg Omega-3 Fatty Acid’s per day (based on the average 2000 calorie diet).

Take a look at the following chart to determine how much fish you would need to eat in order to meet the ISSFAL recommended intake of Omega-3 EFA’s for one person.

That’s a lot of fish!

For Just One Person!

Balancing Your EFA’s While Saving You Money

How can you get the proper balance of EFA’s without emptying your savings account in the grocery store, or spending hours and hours in the mountains, at a river, in below zero degree weather, with a fishing pole and a box of worms?

Now you could spend years researching the best supplements, the proper dosage, the right companies to buy from, 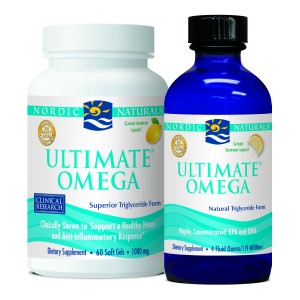 and still find yourself at square one, spending thousands of dollars on fish each year.